As per reports, the term has been coined to denote Pakistan’s continuous support for terrorism and its provisions of safe haven for terrorists. 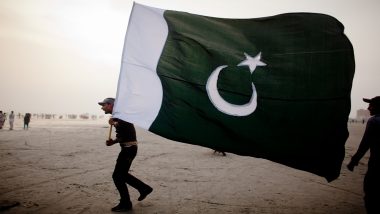 After casting aspersions on Pakistan as "terroristan" and "Ivy league of terrorism", India on Thursday coined a new phrase to refer Pakistan - "Special Terrorist Zone."  As per reports, the term has been coined to denote Pakistan’s continuous support for terrorism and its provisions of safe haven for terrorists.

Reportedly, Mini Devi Kumam, second secretary, India's Permanent Mission at the UN Human Rights Council  in Geneva, who was countering an allegation made by Pakistan about Human Rights violations in Jammu & Kashmir, Kuman has been quoted as saying, “Terrorism is the grossest violation of human rights.The real problem in the State of Jammu and Kashmir is terrorism, which has constantly received sustenance from Pakistan and territories under its control.”

In September 2017, at the UN General Assembly in New York, India said "Pakistan is now 'Terroristan', with a flourishing industry producing and exporting global terrorism." Pakistan was accused of financing and supporting terrorist groups it uses as proxies against India.

(The above story first appeared on LatestLY on Mar 09, 2018 12:14 PM IST. For more news and updates on politics, world, sports, entertainment and lifestyle, log on to our website latestly.com).