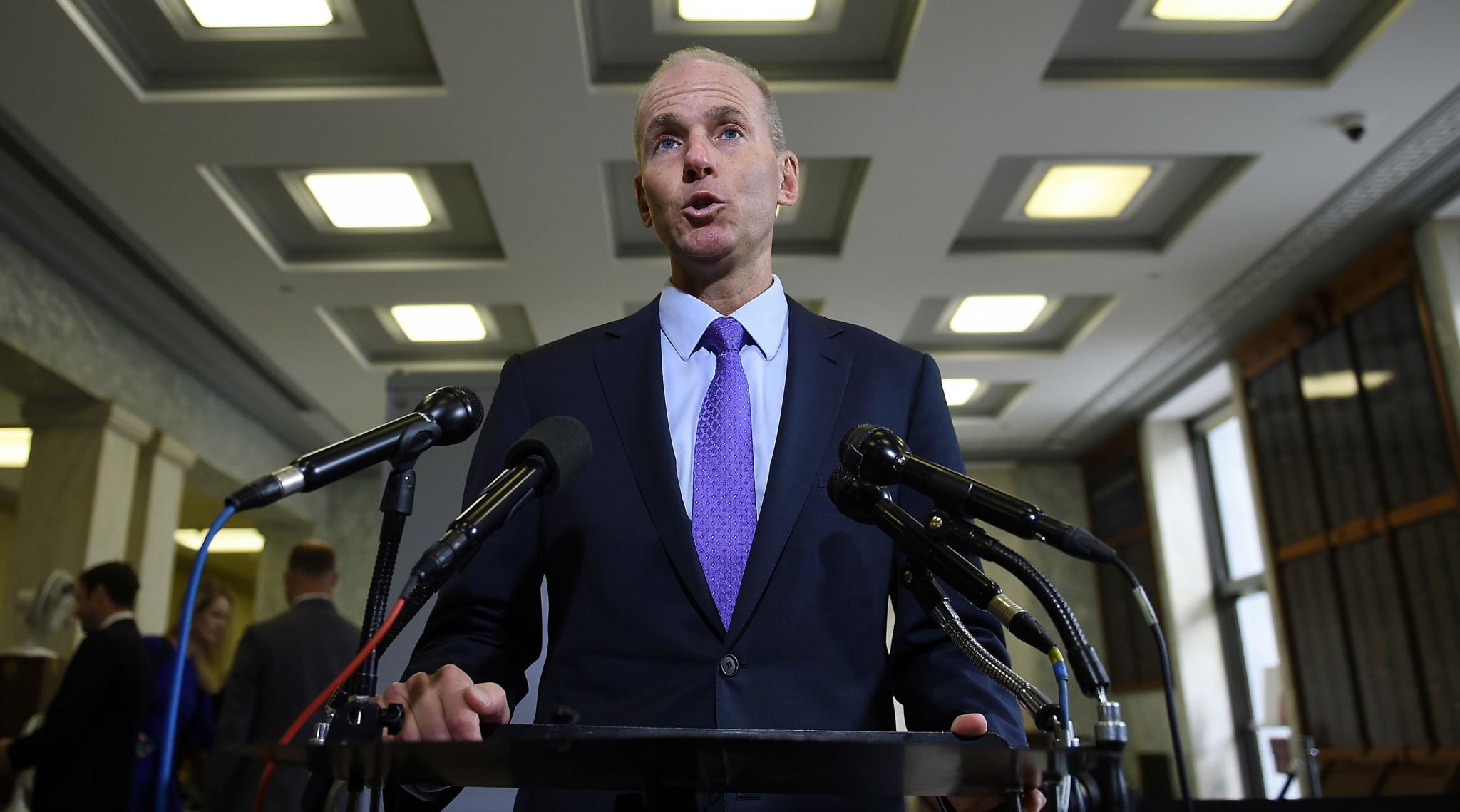 New York, December 23: Boeing on Monday replaced its embattled chief executive, Dennis Muilenburg, saying a change was needed as it attempts to restore its reputation amid the protracted 737 MAX crisis.

Boeing named Chairman David Calhoun as its chief executive, saying the company needed to "restore confidence" and "repair relationships with regulators, customers and all other stakeholders." Boeing to Suspend 737 MAX Production Temporarily in January 2020.

The company pledged to "operate with a renewed commitment to full transparency, including effective and proactive communication with the FAA, other global regulators and its customers."

The aerospace giant's financial picture remains clouded following the global grounding of the MAX in March after two deadly crashes.