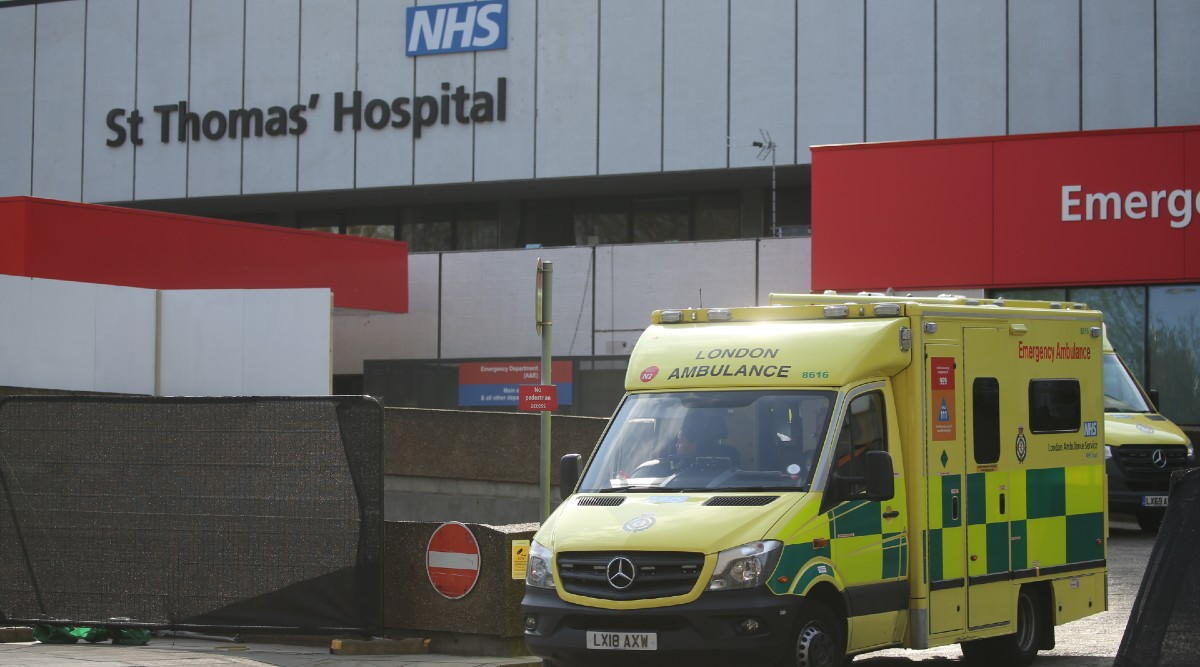 London, April 7: Boris Johnson who was hospitalised with persistent coronavirus symptoms is stable in the intensive care unit (ICU) of a London hospital and has not required ventilator support for breathing, Downing Street said in a health update on the British Prime Minister on Tuesday.

Johnson, who had been shifted to the ICU on Monday night, remains in "good spirits" and has not been diagnosed with pneumonia – one of the fallouts in serious COVID-19 patients. Click here to follow LIVE updates on Coronavirus Outbreak.

"The Prime Minister has been stable overnight and remains in good spirits. He is receiving standard oxygen treatment and is breathing without any other assistance," a Downing Street spokesperson said. "He has not required mechanical ventilation or non-invasive respiratory support," the spokesperson said.

Foreign Secretary Dominic Raab, who is deputising for the Prime Minister, said Johnson is a fighter who will pull through the illness and be back in charge soon. During the daily Downing Street briefing on Tuesday evening, the senior Cabinet minister confirmed that Johnson remains stable in ICU and has not required the help of a ventilator for his breathing.

"I'm confident that he'll pull through because if there's one thing I know, he's a fighter. He'll be back at the helm leading us through this crisis in short order,” said Raab. Striking a personal note, Raab said: “He's not just our boss, he's also our colleague and our friend. All of our thoughts with the Prime Minister and his family.”

Raab, who is also the First Secretary of State, said the Cabinet has "very clear instructions" from the Prime Minister while he remains in hospital and his whole team will be working on implementing those instructions in the government's fight against the pandemic. Pakistan's Dawn News Runs Fake News of British PM Boris Johnson's Death Due to Coronavirus, Attributes it to BBC.

He added: "Decision making by government is made by collective Cabinet responsibilities, so that is the same as before. "But we've got very clear directions, very clear instructions from the Prime Minister, and we're focused with total unity and total resolve on implementing them so that when he's back, I hope in very short order, we will have made the progress that he would expect and that the country would expect."

He added: "We will keep all of our focus and all of our resolve, with calm determination, on delivering the government's plan to defeat the coronavirus."

The minister also gave an update on the daily figures related to coronavirus in the UK, which shows the death toll rising to 6,159 after a record increase of 786 in a single day.

Johnson spent the Monday night in the ICU at a London hospital in a move Downing Street said was a "precaution" should the British prime minister require ventilation to aid his recovery from COVID-19. Johnson, 55, was taken to St Thomas' Hospital in London, a specialist infectious diseases National Health Service (NHS) facility, on Sunday night for "routine tests" after persistent coronavirus symptoms including a high temperature and a cough.

His condition "worsened" during the course of Monday when his doctors decided to shift him to ICU. He had tested positive for coronavirus 12 days ago and had continued to lead the government's response to the coronavirus pandemic via video conferencing from his Downing Street home. On Monday night, Johnson asked to step in for him.

"There's an incredibly strong team spirit behind the Prime Minister, and making sure that we get all of the plans the Prime Minister's instructed us to deliver, to get them implemented as soon as possible. And that's the way it will bring the whole country through the coronavirus challenge that we face right now,” said the senior Cabinet minister.

The team spirit was on display as ministers of Johnson's top team took to social media to wish him a speedy recovery and support to his pregnant fiancee Carrie Symonds. China Ends Coronavirus Lockdown in Wuhan, Thousands of Travellers Flock to Catch Trains to Leave COVID-19-Hit City.

"My love and thoughts are with Boris Johnson and Carrie Symonds and the Prime Ministers family. Praying for you and thinking of you," said UK Home Secretary Priti Patel in her Twitter message, alongside an image of her alongside Johnson at a temple in London on the campaign trail from the past year.

Fellow Indian-origin senior Cabinet colleague, UK Chancellor Rishi Sunak, echoed the message: "My thoughts tonight are with Boris Johnson and Carrie Symonds. I know he'll be getting the best care possible and will come out of this even stronger."

Prime Minister Narendra Modi was among the world leaders who sent out their messages of support to the UK PM. "Hang in there, Prime Minister Boris Johnson! Hope to see you out of hospital and in perfect health very soon," Modi tweeted.

US President Donald Trump said Americans "are all praying for his recovery" as he described Johnson as "a very good friend of mine and a friend to our nation" who is "strong" and "doesn't give up". French President Emmanuel Macron said he sends "all my support to Boris Johnson, to his family and to the British people at this difficult moment".

In some COVID-19 cases, patients experience breathing difficulties as the body's immune system struggles to cope and pneumonia is among the signs of the most serious cases.