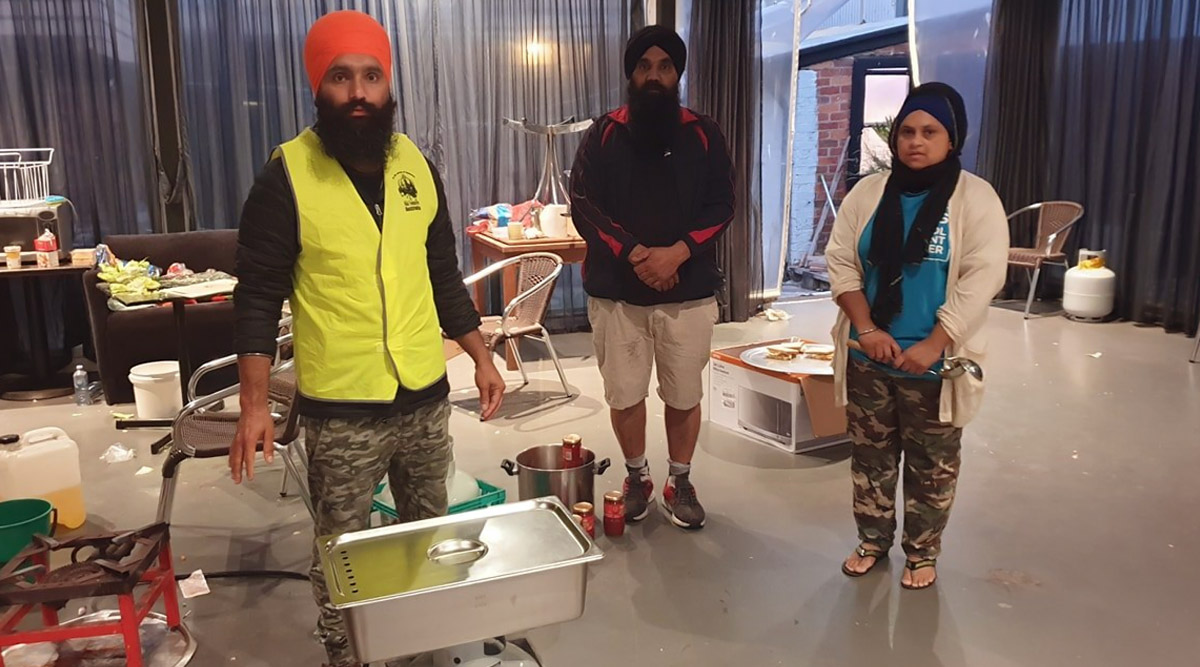 Canberra, January 4: Raging bushfires continued to wreak havoc across Australia affecting a large number of citizens there. The ferocious fires has so far killed at least 20 people and destroyed thousands of acres of land. Amid the fire fury, owners of an Indian restaurant in Australia have come as a ray of hope for thousands of victims as these Sikh Volunteers have been provided free meals to affected people. According to a Facebook post, Kanwaljit Singh and his wife Kamaljit Kaur own the Desi Grill restaurant in Bairnsdale, Victoria, where bushfires have destroyed homes and have wreaked havoc.

The couple, along with their staff, have been cooking curry, rice and pasta and serving people affected by the bushfires. The Facebook post reveal that these kind souls have been working with an NGO 'Sikh Volunteers Australia' to distribute the meals to people living in temporary shelters. These volunteers have won hearts of netizens across the world with the kind gestures of helping affected people in their time of need. Australia Bushfire: Thousands of Holidaymakers Trapped on Beaches Encircled by Fire.

The Sikh Volunteers in Australia are going to various parts of Victoria with food trucks to provide food in camps. The group’s kind work is driven by the Sikh belief in people caring for one another. "Thank you to volunteers for giving New year eve and morning for preparing food, serving food, buying groceries for bushfire affected people. Also Thank you to your families as well who spent new year eve without you guy", the Facebook post read.

The photos of volunteers with the food prepared by Desi Grill Bairnsdale have earned a lot of love. Reports inform that the restaurant distrusted over 500 meals on New Year’s Eve along with the Sikh volunteer community. “We follow the Sikh way of life. We are just doing what other Australians are doing today, and that is to serve and pray for the people who have been hit hard by these terrible bushfires,” Singh said.