China Has Increased Investment in Zimbabwe but Locals Are Losing Jobs, Says Report

Trouble is brewing for the Chinese in Zimbabwe. With Beijing being one of the primary investors in the country, Chinese influence has been rapidly rising leading to discontent among the locals, many of whom continue to remain jobless. 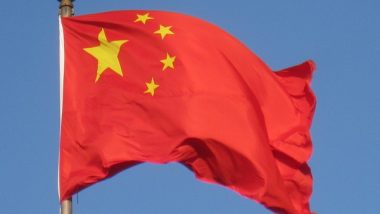 New Delhi, Jan 27: Trouble is brewing for the Chinese in Zimbabwe. With Beijing being one of the primary investors in the country, Chinese influence has been rapidly rising leading to discontent among the locals, many of whom continue to remain jobless. Nairobi based news organisation, the East African said in a recent report the investors have poured in more than $2.5 billion into the country. Despite this, Zimbabwe's economic situation continues to remain grim and the unemployment rate has only gone up.

The African nation's economy took a beating even before the outbreak of the Covid 19 pandemic. Its economy contracted by 6.0 per cent in 2019. The pandemic has only made the going tougher for Harare. The pandemic coupled with a continued drought led to a 10 per cent contraction in real GDP in 2020. According to the African Development Bank Group, poverty in Zimbabwe stood at 70.5 per cent in 2019 while unemployment at over 21 per cent. Zimbabwean Dollars Only: Zimbabwe Ends Foreign Currency Use As Inflation Spirals.

Zimbabweans have also accused the Chinese companies dealing with mining of gold, coal, diamonds besides other minerals of violation of labour rights and damaging the environment.

That apart, the local people have been rampantly displaced from their native homes without being adequately rehabilitated. Anxiety and concerns have naturally risen among the displaced locals who blamed the Zimbabwean government as well.

Pradeep S Mehta, Secretary General, CUTS International told India Narrative that the problem has multiplied due to lack of leadership talent and governance deficit. "More than the Chinese, the deficit in terms of both leadership and governance is playing a part. This has also led to widespread corruption," Mehta said.

Recently, the non governmental organisations (NGOs) in a statement asked the Chinese companies to address the issue. "A number of disputes have been reported between Chinese companies and villagers, who accuse investors of not consulting them before embarking on projects, prompting protests from NGOs," the East African said.

Despite an increase in Chinese investments, wages have remained stagnant. "Many Zimbabweans are now unable to afford even the basic essential items including food as their prices have surged steadily..the poor are even more at risk," an expatriate living in the country said.

Rajen Harshe, expert in African and international relations studies in India told India Narrative that for the Chinese, the focus is less on capacity building. "It is more about seizing power and exploiting the resources," Harshe added.

Zimbabwe and China relations strengthened after economic sanctions were slapped on Robert Mugabe's government. Financial assistance from China poured in at a time when credit access shrunk. In 2018, relations between the two countries were elevated to strategic partners from "all-weather friends" allowing easier norms to Chinese investors.

(The above story first appeared on LatestLY on Jan 27, 2022 07:54 PM IST. For more news and updates on politics, world, sports, entertainment and lifestyle, log on to our website latestly.com).