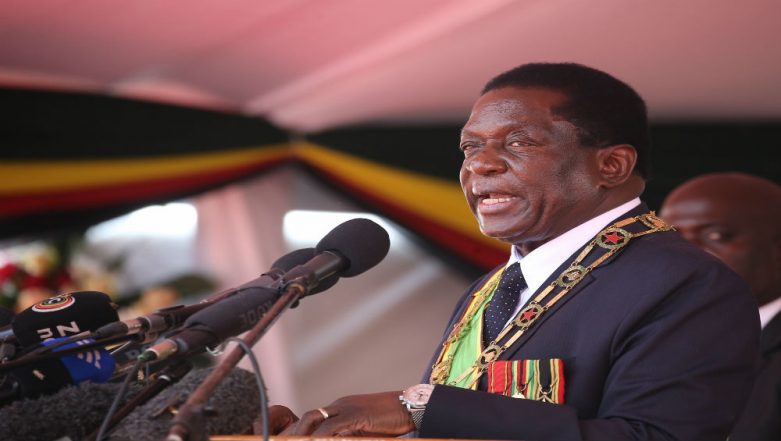 Harare, 24 June 2019: Zimbabwe announced on Monday that it would abandon the use of foreign currencies which replaced the local dollar that was wiped out by hyperinflation ten years ago. President Emmerson Mnangagwa has promised to introduce a new national currency soon, in the latest attempt to turn around an economy wrecked under his predecessor Robert Mugabe.  Zimbabwe President Promises New Currency.

Zimbabweans have recently endured another bout of sharply rising prices, with official inflation now at nearly 100 per cent -- the highest since the hyperinflation era. The central bank said that legal tender would be only be the new "Zimbabwe dollar", which would be made up of the two local currencies -- bond notes and "RTGS" -- that were introduced as US dollar banknotes dried up. The US dollar, South African rand and other foreign currencies will "no longer be legal tender alongside the Zimbabwe dollar in any transactions," the bank said in a statement.

"Bond notes and RTGS dollars are at par with the Zimbabwe dollar." Bond notes were introduced in 2014, while electronic RTGS (Real Time Gross Settlement) dollars came in earlier this year. Both were in theory worth the same as US dollars, but trade far below the greenback in value.

He told Zimbabweans to exchange their US dollars or rand into RTGS before buying any goods. But Zimbabweans have little faith in the economic record of the ZANU-PF government, which has struggled to attract investment and create jobs since Mnangagwa succeeded the ousted Mugabe in 2017.

"We will have exchange rates going up and inflation going up again," independent economist Gift Mugano to AFP. "It could be a disastrous measure." "There's no way that something like this will be maintained," Jee-A van der Linde, an economist at NKC African Economics in South Africa told Bloomberg News. "People will not trust the currency."

The currency crisis has created three tiers of pricing -- one price in US dollar cash, and two far higher prices for paying in bond notes or electronic RTGS. The black market has flourished as companies buy US dollars so they can pay for the goods that they need to import. Zimbabwe Starts Trading New Currency.

For ordinary Zimbabweans, shortages of bread, petrol and medicine are common. Violence erupted earlier this year when security forces launched a deadly crackdown on angry protests against a sudden rise in fuel prices. In 2009, hyperinflation peaked at 500 billion percent under Mugabe after seizures of white-owned farms triggered a collapse in the key agricultural sector. Zimbabweans' salaries, savings and pensions were rendered worthless, and the country's economy has floundered ever since.

In the latest crisis, residents queue up for hours outside petrol stations and banks. Unemployment is estimated at over 90 percent and much everyday business has ground to a halt. Bank customers are allowed to take out only limited sums, which are dispersed in the little-trusted "bond notes".

Mnangagwa -- Mugabe's former deputy -- presented himself as a fresh start when he took power, saying he would end the country's isolation and attract foreign investment. But the economy has lurched into fresh trouble and he has been accused of maintaining Mugabe's brutal repression of dissent.