Four Katyusha Rockets Fired at Turkish Military Base in Iraq

Four Katyusha rockets landed near a Turkish military base in Iraq's northern province of Nineveh, without causing casualties, a local official said. 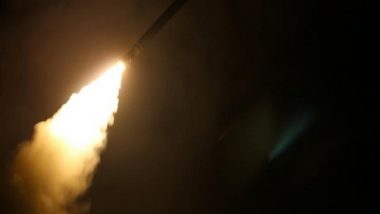 No group has yet claimed responsibility for the attack, Xinhua news agency reported. Iraq has repeatedly accused Turkey of violating its sovereignty by entering its territory without permission, including Turkey's military presence in the Bashiqa base. Ukraine President Volodymyr Zelensky Calls for Meeting With Russia President Vladimir Putin ‘To End War’.

On April 18, Turkish forces launched a new ground and air cross-border operation against the outlawed Kurdistan Workers' Party (PKK) in northern Iraq. The PKK, listed as a terrorist organisation by Turkey, has been rebelling against the Turkish government for more than 30 years.

(The above story first appeared on LatestLY on Apr 25, 2022 08:51 AM IST. For more news and updates on politics, world, sports, entertainment and lifestyle, log on to our website latestly.com).