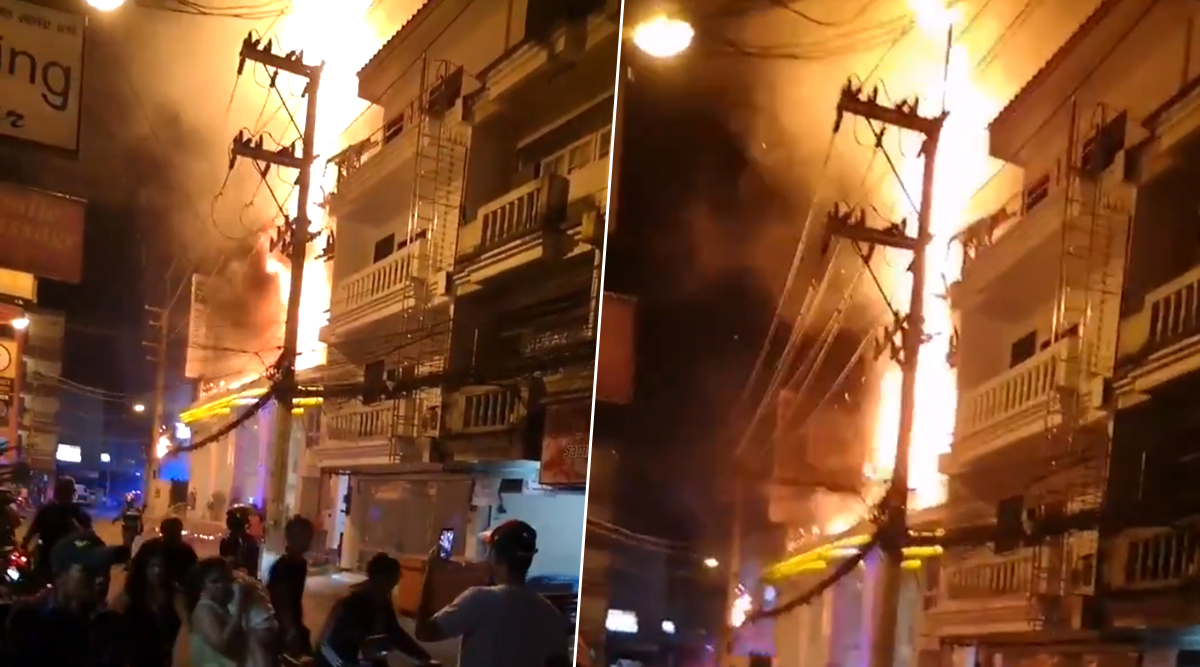 Bangkok, December 6: Over hundreds of tourists staying at Pattaya's Holiday Inn Express had to run to safety after the property caught fire in the wee hours of the morning. On Friday, December 6, 4.30 AM the hotel was blazing and almost 400 people had to be evacuated to safety. The firefighters arrived at the scene and the fire was extinguished in around 30 minutes as per the local reports. Although there were no injuries, there has been total damage of approximately 3 million baht. Some people shared the pictures and videos of the blazing hotel on social media. Sleepwalking Girl Falls From 12th Floor of Thailand Hotel; Survives Miraculously (Watch Video).

The incident took place at the Holiday Inn Express on Soi Bua Khao in tambon Nong Phrue, Bang Lamung district. The fire engulfed and completely damaged the third floor of the eight-storey hotel. Three fire trucks were deployed to the scene which thankfully managed to control the blaze in about half an hour. People including children, elderly and disabled people were among the 400 guests rescued from the place. As per reports in the Bangkok Post, a security guard saw the flames coming from the room of a balcony and with the strong winds, the fire spread across.

Check Some Pics and Videos of Fire at The Hotel:

Wondered what all the sirens was about last night ... fire outside Holiday Inn Express on Soi Buakhao#SoiBuakhao #Pattaya #พัทยา #Thailand pic.twitter.com/SpDTJTsnJq

Watch the Video of the Blaze:

The cause of what caused the fire is still not known and police are investigating further. Thankfully, none of the guests were injured in the blaze. Holiday Inn in Pattaya is a four-star oceanside located on a popular beach in town.