Petroteq Energy: All You Need To Know About the Canadian Oil and Gas Company

Petroteq Energy (OTC:PQEFF) is a Canadian oil and gas company that is based out of Toronto, Ontario and was founded back in 2010. The primary business of Petroteq Energy is in oil sands extraction for the purpose of refining bitumen into crude oil. 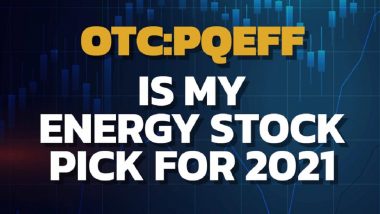 Petroteq Energy (OTC:PQEFF) is a Canadian oil and gas company that is based out of Toronto, Ontario and was founded back in 2010. The primary business of Petroteq Energy is in oil sands extraction for the purpose of refining bitumen into crude oil. Despite being headquartered in Canada where some of the largest oil sands exist in the Athabasca oil sands, Petroteq does its extraction primarily at various oil sands basins in Utah.

As you can see by the ticker symbol, Petroteq trades on the OTC or Over the Counter market, which is generally associated with smaller companies, and are also more commonly known as Pink Slips or penny stocks. At the time of this writing, Petroteq has a 52-week trading range of $0.0180 to $0.25 per share, and has a market cap of just over $47 million. According to Yahoo finance, there are just over 426 million outstanding shares which brings us to a share price of approximately $0.11 doing some simple calculations. The stock is trading above its 50-day and 200-day moving averages, which is definitely a bullish signal that the stock is currently on an upwards trajectory. Penny stocks can be risky investments, but I am about to outline why I think Petroteq is on its way to being a $1.00 stock.

For any company regardless of size, management is often the most important factor in future success. Would Amazon be the company it is without Jeff Bezos? Or Tesla without Elon Musk? Petroteq is a company that is founder-led, which means that any vision and goals that were set when the company was created are still intact.

Petroteq was founded by Aleksandr Blyumkin, an energy industry veteran over over twenty years in various energy projects across the United States, Azerbaijan, and the Ukraine. After working within the energy sector, Blyumkin realized a global need for environmentally friendly extraction technology, which he has now developed and created for Petroteq. Blyumkin is the current Chief Executive Officer as well as the Chairman of the Board.

The Chief Operating Officer is George Stapleton who has over forty years of experience in project management of onshore and offshore energy infrastructure.

George Bailey is the current Director and former Chief Executive Officer of Petroteq, and also brings over forty years of experience in the international petroleum industry, specifically in the Middle East and United States.

These three executives alone bring 100 years of combined experience in the energy and petroleum industry, as well as a vast knowledge of related technology and infrastructure that is crucial to the operations of Petroteq Energy.

Petroteq is one of the leaders in environmentally friendly extraction technology which it refers to as CORT or Clean Oil Recovery Technology. This patented method uses no water and greatly reduces harmful greenhouse gases that are emitted as a byproduct of oil sands extraction. Using CORT, Petroteq can also extract up to 99% of hydrocarbons, which allows maximum bitumen extraction while leaving zero waste.

After the recent upgrades to the CORT system in March of 2021, Petroteq has reported an increase to 500 barrels per day of extraction. Impressively, Petroteq anticipates this productivity will grow to 5,000 barrels per day by 2022 and 10,000 barrels per day by 2023. This exponential growth in productivity alone should have shareholders excited at the potentially massive bump in annual revenues. Petroteq recently published in its investor presentation that it expects EBITDA of $41.25 million for 5,000 BPD in 2022, and a staggering $83 million for 10,000 BPD in 2023. In comparison, Petrotreq’s current EBITDA is $-3.34 million.

Environmentally friendly technology and clean energy are just two of the trademarks of the campaign that the Biden administration ran on. So far, President Biden has stuck to his word, and has dedicated trillions of dollars to improving U.S. energy infrastructure over the next few years. With proprietary technology like Petroteq’s, the company could receive some lucrative government subsidies, as well as both regional and global deployment through licensing and sales of their technology.

Petroteq already owns patents for CORT in the major oil sands markets in the world: Canada, the United States, and Russia. The company is also in the process of filing for patents in over 30 other countries that have significant oil sands basins, which could potentially see massive adoption of the technology in the future. At that point, Petroteq becomes one of the world’s leading producers of clean energy oil sands extraction technology, and can focus on manufacturing and producing CORT, rather than extracting oil sands which is a very capital intensive business.

The present and future success of Petroteq lies in Asphalt Ridge, located in Utah’s prime oil sands. It is estimated that this basin contains over 1 billion barrels of oil across its 29,000 acres of land. Petroteq currently ows 2,500 acres of the 29,000 in Asphalt Ridge, and is expected to have a resource life of over 20 years. All-in costs for a barrel of oil extracted from Asphalt Ridge costs Petroteq roughly $25.00 per barrel. With an estimated crude oil WTI price of $50 per barrel, Petroteq anticipates gross daily revenues of $25,000 per day at the current output. But of course, this figure jumps ten times to $250,000 per day in 2022 when 5,000 barrels per day are extracted. Perhaps most importantly for the company’s top and bottom line: the current price of a barrel of crude oil according to the WTI is approximately $72.00 per barrel.

As much as Wall Street will tell you that electric vehicles and renewable energies are the secular trend to invest in, we are far from being a world without fossil fuels. The International Energy Agency says it expects electric vehicle numbers to hit about 145 million by 2030. That is still just a fraction of the over 1.4 billion vehicles that are on the road today let alone the total amount in 2030.

Unlike most penny stocks on the Over the Counter market, Petroteq actually has an incredibly solid foundation, and a long runway for potential growth. The proprietary clean technology could be revolutionary for the oil and gas industry, and has the potential to be widely adopted by countries around the world. As more countries dedicate themselves to becoming carbon neutral, green technologies like CORT will be in high demand.

With patents already secured in the U.S., Canada, and Russia, as well as up to 30 more countries in the near future, Petroteq is positioning itself to be a global leader in green oil sands extraction technology. If the company can continue its compound annual growth number that it has predicted, revenues should jump through the roof by 2023, especially if the cost of crude oil continues to rise. Using some crude arithmetic, Petroteq has a share price of $0.11 with a negative EBITDA and $2.12 million in annual revenues. With the rate of growth that Petroteq has projected, the current price to sales ratio of 22 plummets to a forward looking price to EBITDA ratio of just over 1 in 2022, meaning Petroteq’s stock is trading at a massive discount. With the recent technological updates, international patents that could lead to mass licensing and equipment sales, and a global secular trend towards green energy, Petroteq is a ticking time bomb that could surge once enough investors realize this company’s true potential.