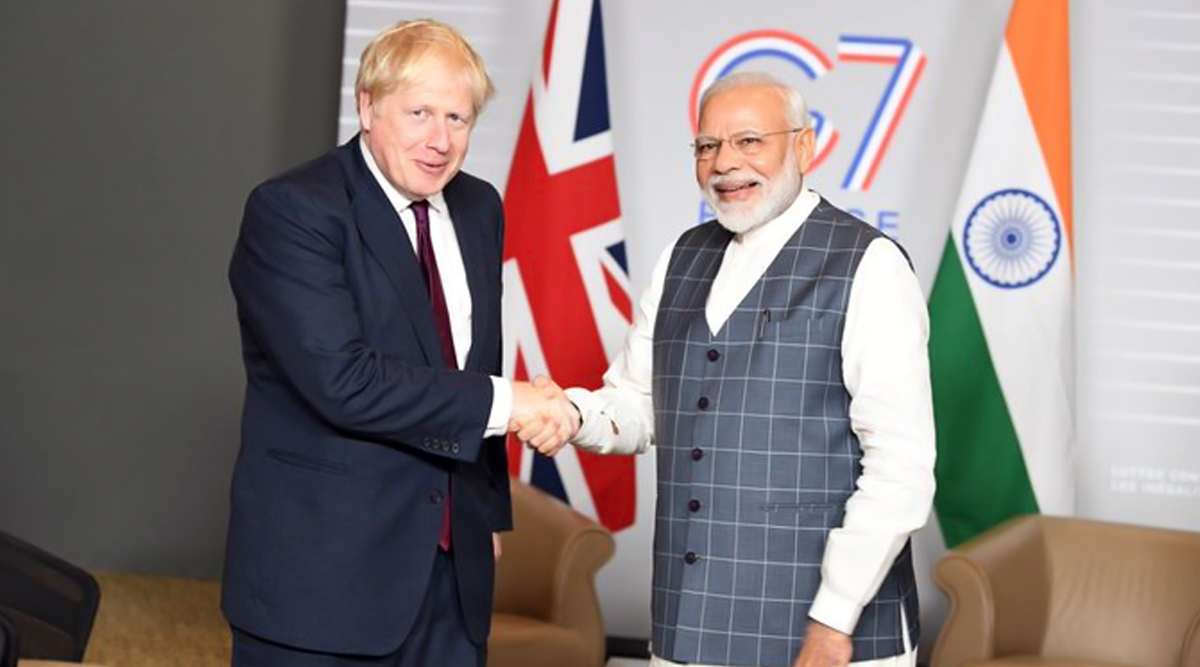 New Delhi, December 13: Prime Minister Narendra Modi on Friday congratulated UK Prime Minister Boris Johnson for his return to power again with a thumping majority. "Many congratulations to PM Boris Johnson for his return with a thumping majority. I wish him the best and look forward to working together for closer India-UK ties", Modi tweeted. Johnson's ruling Conservative Party won an overall majority in the general election on Friday, while the opposition Labour Party earned its worst results since 1935. As early results in UK's Brexit election pour, Johnson looked set for victory. He said the British people had given his Conservative government a "powerful new mandate" to deliver Brexit and unite the country. UK General Elections 2019: PM Boris Johnson-led Conservative Party Wins Overall Majority.

The Conservatives bagged a 74-seat majority in the House of Commons for a total of 334. The right-wing party snatched traditional strongholds from dozens of Labour candidates, Efe news reported. According to reports, the national vote share after 622 of the 650 constituencies stood at 43.3 per cent for the Conservatives,  32.9 per cent Labour (a 7.9-point slump), 11 per cent Liberal Democrats (+4.1), 3.9 per cent SNP (+0.9), 2.7 per cent Greens (+1.1) and 2.1 per cent for the Brexit Party.

Many congratulations to PM @BorisJohnson for his return with a thumping majority. I wish him the best and look forward to working together for closer India-UK ties. pic.twitter.com/D95Z7XXRml

The polling was held on Thursday where the turnout hovered at 67 per cent. Reports inform that 47.59 million registered voters who had been called to the ballot box, 1.6 per cent less than in the 2017 general election. Johnson took charge from his predecessor Theresa May, who lost her majority in a miscalculated decision to call a snap election in 2017 in a bid for a mandate to proceed with Brexit.