For a third consecutive day, Taliban insurgents have captured yet another district in Afghanistan on Tuesday, officials said. 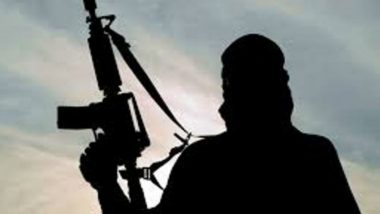 Kabul, June 8: For a third consecutive day, Taliban insurgents have captured yet another district in Afghanistan on Tuesday, officials said.

Government forces abandoned the Dawlat Abad district centre in Faryab province before dawn and fled to neighbouring Andkhoi district without engaging the militants, dpa news agency reported citing the local officials as saying.  US Withdrawal From Afghanistan Half Done, to Be Completed by July 4: US Officials

The fate of more than a dozen members of the security forces in the district remained unclear because the telecommunications system was down, provincial councillor Abdul Ahad Alibek said.

Dawlat Abad was under siege for three years. Forces could only receive logistical support by air, ground support was impossible because the militants controlled all routes leading to the district, Alibek added.

Officials said on Monday that heavy clashes were ongoing in at least three districts of the province.

The districts could collapse if the government fails to send air support, warned Arif Rahmani, an MP representing Ghazni.

It is the third straight day of the insurgents overrunning districts.

In addition, the insurgents took control of Shahrak district in Ghor province.

The militants have made a string of gains in the country.

Since the beginning of the official withdrawal of the United States and other NATO troops in Afghanistan on May 1, at least 10 districts have fallen to the Taliban.

Afghanistan has 34 provinces and around 400 districts.

District centres serve as secondary-level administrative units, one level below the provinces.

According to a UN report, in the past year the Taliban were able to capture five districts, four of which were recaptured by the government within several days.

(The above story first appeared on LatestLY on Jun 08, 2021 05:27 PM IST. For more news and updates on politics, world, sports, entertainment and lifestyle, log on to our website latestly.com).