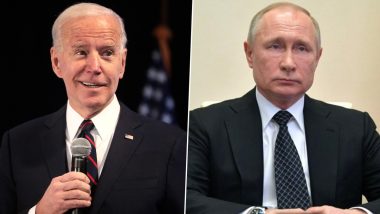 Asked whether Putin not congratulating Biden meant Russia rejects the US presidential election's outcome, Dmitry Peskov responded in negative. He underlined that Biden has not been declared winner officially. Putin is one of a handful of world leaders who have not congratulated Biden on his victory. Last week also, the Russian president had refused to do so, adding that he was ready to work with any US leader.

"We will work with anyone who has the confidence of the American people," Putin had said on Russian state TV, as reported by Bloomberg. "But that confidence can only be given to a candidate whose victory has been recognized by the opposing party, or after the results are confirmed in a legitimate, legal way." Notably, US intelligence agencies have accused Russia of interfering in the 2016 US election for getting Donald Trump elected.

When Trump won in 2016, Putin was prompt in offering congratulations — but Trump's challenger in that election, Hillary Clinton, also conceded the day after the vote. Though Trump has assured support for the transfer of the presidency to Biden, he is yet to concede defeat. Alleging fraud in the election, Trump has repeatedly vowed to "fight".

(The above story first appeared on LatestLY on Nov 26, 2020 04:58 PM IST. For more news and updates on politics, world, sports, entertainment and lifestyle, log on to our website latestly.com).