Since the initial days of lockdown due to the prevailing pandemic, P.D. Gupta Foundation has come forward to provide food to daily wagers, homeless and other people affected by the pandemic. 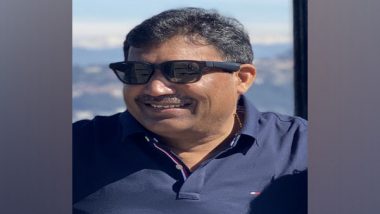 New Delhi [India], June 22 (ANI/SRV Media) : Since the initial days of lockdown due to the prevailing pandemic, P.D. Gupta Foundation has come forward to provide food to daily wagers, homeless and other people affected by the pandemic.

Last year, the foundation distributed 10,000 food packets across Deoli, Wardha, Ramtek and Chandrapur District; and also gave away 14,000 kg of rice to the destitute in Kamptee, Nagpur. Further financial contributions have been continued to help serve the communities in and around Nagpur, to join the fight against families struggling with hunger in the pandemic.

Padmesh Gupta, Founder, P.D Gupta Foundation said, "The Covid-19 pandemic has affected all sections of the society and has rendered the poor and destitute vulnerable. In this great time of need, it is our utmost duty as human beings to help the most vulnerable amongst. Through our Foundation, we are working towards providing amenities such as uninterrupted power and fuel supply, food grains and other items to bring better life for less fortunate members of the society, across the industrial belt."

Padmesh Gupta is the Chairman of Gupta Corporation Limited. He is a leading entrepreneur and philanthropist from Nagpur. Under his active leadership, Gupta Corporation has emerged as one of the fastest-growing diversified groups of companies, specializing in coal mining, coal trading, power generation, infrastructure and logistics, including Gupta Coal Nagpur; and worth INR 3,000 Crore. Known fondly among his friends as the "Coal King", Gupta firmly believes that his work through Gupta Coal is to bring light into the Indian household. He has been pursuing his lifelong dream to address the issue of electrification in rural India. In addition, with an aim to serve to the society, he has been actively involved as the Trustee of RCOEM College, Executive member of the renowned CIIMS Hospital. In the past, he has held several senior positions such as Ex-Vice President of Vidarbha Industries Association, Ex-President of Vishwa Hindu Parishad and the Trustee of 130-year-old Gorakshan trust of RSS.

Gupta's pursuit and mission towards the upliftment of the society has won him many recognitions. In his early years, he received Outstanding Achievers Awards from S.F.S. Schools Old Boys Association in 2003. Five years later, he received The Eduljec Memorial Vocational Excellence Award from the Rotary Club of Nagpur. In 2010, he was recognised by Sarathi for his contribution to the coal mining industry with the Industry Excellence Award. Later next year, he was awarded the Maharashtrian of the Year by Lokmat Group.

This story is provided by SRV Media. ANI will not be responsible in any way for the content of this article. (ANI/SRV Media)