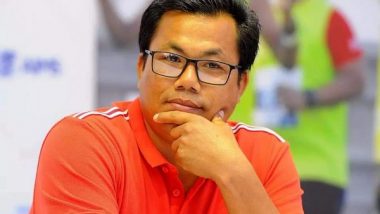 Social media has been flooded with condolence messages since Dingko Singh died on Thursday after a prolonged illness. Fans, politicians, and celebrities from the sports and the Hindi film fraternity have been extending their heartfelt condolences on the former boxer's demise.

Actor Shahid Kapoor also took to his Twitter handle to post a condolence message. "Padma Shri Dingko Singh was one of the finest boxers, an award-winning sportsperson who's brought glory to our nation several times. He will always remain a source of inspiration for the young generations. My sincere condolences to his dear ones. May his soul rest in peace," he wrote.

Regarded as one of the finest boxers India has ever produced, Dingko Singh had clinched a gold medal at the 1998 Bangkok Asian Games. He was 42 when he breathed his last.

"Shri Dingko Singh was a sporting superstar, an outstanding boxer who earned several laurels and also contributed to furthering the popularity of boxing. Saddened by his passing away. Condolences to his family and admirers. Om Shanti," PM Modi tweeted.

Dingko Singh had tested positive for coronavirus in May 2020 but the former boxer recovered soon. Last year in April, Dingko was airlifted from Imphal to the national capital for his liver cancer treatment.

Meanwhile, on the work front, Shahid will be next seen in 'Jersey', which is a Hindi remake of the 2019 Telugu hit of the same name.

The story is about a talented but failed cricketer named Arjun, who decides to make a comeback in his late thirties and play for India, in order to fulfill his son's wish. (ANI)