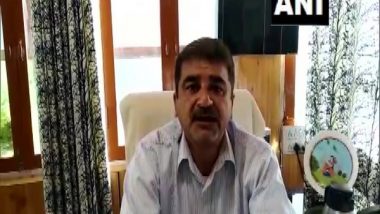 The rescue team would, however, arrive at Keylong with the bodies of two trekkers from West Bengal who died due to inclement weather today.

A joint team of ITBP, Army and Civil Administration launched a rescue mission at 3 am on Tuesday from Kaza towards the higher reaches of Manali-Khamengar Pass-Manirang in Lahaul-Spiti Himachal Pradesh, the paramilitary force said.

A team of mountaineers from West Bengal and local porters were reportedly stranded at the high mountain range at approximately 18,000 feet.

On September 25, while the team was passing down from Khamenger Pass, two members- Sandeep Kumar Thakurta, (48) and Bhaskardeb Mukhopadhyaya, (61) (both from West Bengal) died due to mountain sickness.

The entire expedition team consisted of 17 members including 6 mountaineers, 1 Sherpa and 10 Civil Porters. The team's deputy leader further said that both the bodies are lying at the point along with other members of the expedition awaiting help.