Tamil Nadu BJP national co-incharge Ponguleti Sudhakar Reddy on Wednesday accused the opposition parties of trying to defame BJP in the name of Pegasus spyware row without any proper evidence. 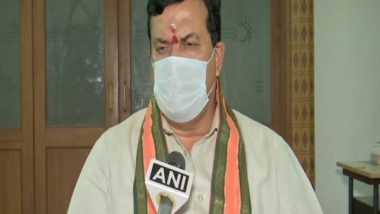 Speaking to ANI, the BJP leader said, "The opposition parties including Congress and TMC have come together over the Pegasus Spyware issue, just to defame BJP government."

He said that unable to digest the name and fame of Prime Minister Narendra Modi along with the developmental activities that the BJP government has taken up over the years, these opposition parties are now against trying to spread falsehood about BJP, despite failing for several time in the past, while attempting the same.

He said that such acts are being done with a wasted interest to damage the name of Prime Minister Narendra Modi along with damaging the fame and status of India.

He further mentioned that the opposition parties have not even allowed for the introduction of the new parliamentary members for the first time in the history of India.