Two mountaineers of the Indo-Tibetan Border Police (ITBP) have scaled Mt Manaslu, which is the 8th highest mountain in the world, in Nepal. 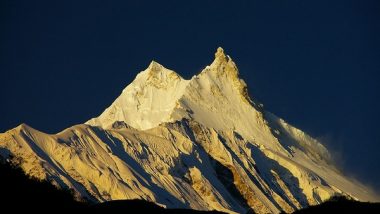 New Delhi [India], September 25 (ANI): Two mountaineers of the Indo-Tibetan Border Police (ITBP) have scaled Mt Manaslu, which is the 8th highest mountain in the world, in Nepal.

This expedition was planned from September 7 to October 5, 2021.

ITBP in an official statement said that both the mountaineers had earlier brought laurels for the force by scaling many peaks in the Himalayas. Ratan Singh Sonal had earlier this year also summited Mt Lhotse, which is the world's 4th highest peak at 8,516 metres.

These ITBP officials had also led the Nanda Devi search and rescue operations 'Daredevils' of ITBP which rescued four foreign nationals and brought back seven dead bodies from more than 20,000 feet altitudes in June-July, 2019.

The force has been awarded seven Padma Shri and 14 Tenzing Norgay Adventure Awards for its remarkable contributions to the field of mountaineering.

Recently, ITBP officers climbed four peaks of 6,000 meters plus height in 2020 and 2021 in Ladakh, Himachal Pradesh and Uttarakhand. (ANI)