British actor and filmmaker Kenneth Branagh has been forced to cancel a significant UK theatre production due to an increasing number of Covid-enforced absences. 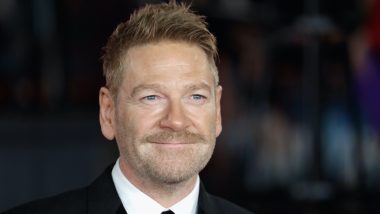 British actor and filmmaker Kenneth Branagh has been forced to cancel a significant UK theatre production due to an "increasing number of Covid-enforced absences". According to Deadline, the play was a revival of The Browning Version by Terence Rattigan and was due to be staged at London's Riverside Studios next month. The venue sent a note to ticket holders explaining that the production was "no longer viable" and that refunds would be issued. Kenneth Branagh’s ‘Belfast’ To Hit the Big Screens on November 12!

Producers said a number of the team had tested positive, some of whom were symptomatic, despite Covid protocols being observed. This is the latest in a string of Covid-enforced closures. Deadline revealed today that HBO has been forced to shut down the UK shoot of its 'Game of Thrones' prequel 'House of the Dragon' due to a positive test. There was similar news that Netflix's 'Bridgerton' had been shut down twice, and HBO's 'Matilda' is also suffering similar disruption. Paramount’s Bee Gees Biopic Gets Kenneth Branagh as the Director.

The Browning Version was due to be staged to raise money for the Royal Academy of Dramatic Arts. The Kenneth Branagh Theatre Company will instead make a donation to the organization. The UK is recording close to 50k coronavirus cases a day, but PM Boris Johnson is pressing ahead with the further lifting of restrictions as of today.