The Asian Football Confederation (AFC) on Sunday confirmed that the AFC Cup (South) Group D matches, which were scheduled to take place from May 14 to 21, 2021, will not be held in Male, Maldives. 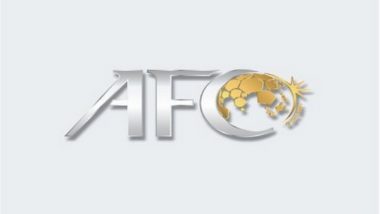 Male [Maldives], May 9 (ANI): The Asian Football Confederation (AFC) on Sunday confirmed that the AFC Cup (South) Group D matches, which were scheduled to take place from May 14 to 21, 2021, will not be held in Male, Maldives.

Participating clubs who have travelled to the Maldives will be required to arrange for their return home while adhering to the COVID-19 health and travel protocols put in place by the country.

"At the same time, the AFC is in contact with all other Participating clubs and officials who have not entered the Maldives to cancel their travel arrangements," the AFC said in an official statement.

The Group D also involved Indian Super League (ISL) side ATK Mohun Bagan and the side was slated to play its first game against the winner of Tuesday's play-off fixture between Bengaluru FC and Maldives' Club Eagles in Male.

The AFC Cup (South) Group Stage matches are now postponed until further notice with more information to be announced in due course.

Earlier, Bengaluru FC owner Parth Jindal on Sunday apologised to the AFC after three of the Blues' members allegedly "breached" the COVID-19 protocols in the Maldives.

Indian Super League (ISL) club Bengaluru FC arrived in the Maldives on Friday ahead of their 2021 AFC Cup Playoff clash on May 11. The Sunil Chhetri-led Bengaluru FC are slated to take on Eagles FC on Tuesday.

"Unacceptable behavior from @bengalurufc breaching the strict guidelines from HPA & @theafcdotcom. The club should leave the Maldives immediately as we can't entertain this act. We honoured the commitment we gave a few months back even with the surge in cases & pressure from the public, Mahloof tweeted.

After the incident, Jindal said the franchise will take "strictest action" against the players or staff who breached the protocols.

"On behalf of @bengalurufc, I am extremely sorry for the inexcusable behaviour of three of our foreign players/staff while in Male - the strictest action will be taken against these players/staff. We have let @AFCCup down and can only say that this will never happen again," Jindal tweeted.

Bengaluru FC had thrashed Nepal's Tribhuvan Army FC 5-0 in their AFC Cup preliminary round 2 encounter in April. The Blues will lock horns with Eagles as Bangladesh's Abahani Dhaka Limited had pulled out of the tournament. (ANI)