Amid the recent increase in the Taliban offensive, more than 36,000 families have been internally displaced in Afghanistan over the past four months. 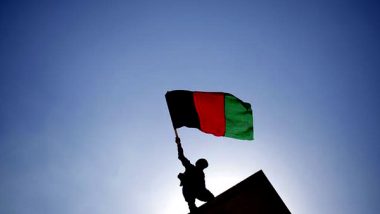 Kabul [Afghanistan], July 23 (ANI): Amid the recent increase in the Taliban offensive, more than 36,000 families have been internally displaced in Afghanistan over the past four months.

Afghan Ministry of Refugees and Repatriation on Thursday expressed concern over a potential spike in the number of displaced people if war continues.

"Since Hamal [March], about 36,500 families have been displaced from their homes due to war and insecurity in several provinces," ministry adviser Sayed Abdul Basit Ansari, as quoted by TOLO News.

Since the US announced its withdrawal plans in May, Afghanistan has witnessed a surge in violence in the war-torn country. The pullout is scheduled to be completed by August.

Earlier this week, the International Committee of the Red Cross (ICRC) had said that more than 49,500 weapon-wounded patients have received treatment and care at 416 ICRC-supported health facilities across the country.

The ICRC statement had further stated that this equates to on average 270 people every day. The organisation also said Afghanistan is among "the deadliest places in the world to be a civilian" and women and children make up nearly half of all civilian casualties.

"The ICRC's physical rehabilitation and limb-fitting services registered more than 7,130 new patients in the same period, an average of 40 people every day. Of those, more than 700 were people who had had a limb amputated, or on average four people a day with such a condition," the release added. (ANI)