We have often come across books and shows based on entrepreneurship. People are called to events to talk about their journey of how they achieved success in life with their hard work and dedication. 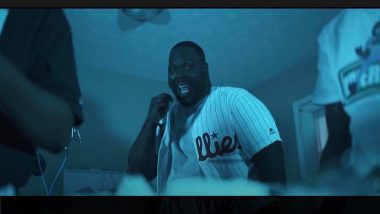 We have often come across books and shows based on entrepreneurship. People are called to events to talk about their journey of how they achieved success in life with their hard work and dedication. But what if we tell you that there's a song that talks about the hustle that one does to reach their goals? Well, artist S.P. Blu has used music to talk about the same with the song Today.

Today is a song produced by TrizzyBeatz which tells people what it takes to be successful. It gives listeners a great perspective on creating multiple streams of income through various avenues. The song by S.P. Blu is quite encouraging that will lift the spirits of people who wish to go higher in life.

The new track by S.P. Blu is called as 'Hustlers' anthem and rightly so. The visuals in the music video show us what these hustlers have to endure every day to get their work done. From counting money and keeping things in order to learning and unlearning the ways of working, Today is a music video that captures the journey of climbing the ladder of success. The makers have rightly described it as a song that 'shows you how to guide and teach entrepreneurship to the youth meaning letting them know that the world is bigger than social media.'

This isn't the first time S.P. Blu has come up with a song that's powerful and relatable to everyone. He always makes sure the music he provides is out of the box and touches emotions and chapters of people's life which not every artist does. We have had songs on love, heartbreaks, weddings, travel, friendships. But work is also an important aspect of people's life. S.P. Blu is happy to have touched that chord.

About his new track aka Hustlers anthem, artist S.P. Blu says, "Music has the power to leave an impact on people's life. With Today, I want to represent every person who works as an employee or as an entrepreneur. Success is appealing, but the journey to reach there is challenging yet exhilarating. So Today is just a reflection of the life of hard-workers who are around us, among us and everywhere in the world."