However, despite his reclusive tendencies, he was passionate about teaching and helping others. Fueled by determination, he overcame his shyness and set out to touch others’ lives by founding Charisma Academy, specialising in training others to. 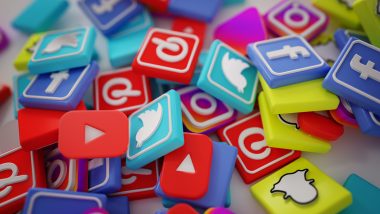 Social Media and Online Marketing expert Eric Feng teaches salespeople and entrepreneurs how to use social media as a tool to effectively increase one’s influence and improve their business.

As a young boy, Eric was shy, scrawny, and had low self-esteem. He was nicknamed “Mr Invisible” by his best friend for his lack of presence in any setting, and seemed to be doomed. However, despite his reclusive tendencies, he was passionate about teaching and helping others. Fueled by determination, he overcame his shyness and set out to touch others’ lives by founding Charisma Academy, specialising in training others to.

“In this world, nobody will value you until you become a somebody.” These words by his mentor became a major turning point for Eric, who at that point, was struggling to obtain and satisfy his clients as a corporate trainer. This advice motivated him to become a “somebody” in the business world. Leveraging on the power of social media, Eric was able to become — in his own words — a Known, Loved and Respected (“KLR”) superstar who could turn strangers into raving fans willing to pay for his services.

The crux of his strategies is to leverage on social media to build a self-sustaining system able to capture the attention of strangers, turn them into followers interested in his message, and ultimately into fans of his work. Look up Eric Feng on his active social media handles (mainly Facebook and Instagram) and you can witness his expertise on full display; he constantly shares useful tips for people to improve their businesses and lives by connecting with others online.

Today, Eric goes around the world speaking and teaching people his strategies of using social media to become a figure of influence which people would want to listen to. His audiences include, but are not limited to, financial consultants, real estate agents, and network marketers — people who stand the most to gain from being Known, Loved and Respected influential experts in their field.