Shahid Kapoor proved yet again that he is daddy cool of Bollywood and without debate one of the most hands-on father and husband. For anybody who had doubts, here are pictures of the actor with wife Mira Rajput, baby Misha and newborn Zain Kapoor that proves us right... 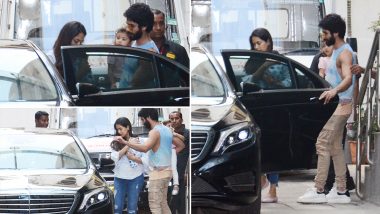 Shahid Kapoor and Mira Rajput became parents for the second time two days ago. And today on September 7, Mira Rajput turned a year older. Shahid decided to wifey home on her birthday and made fans go awwww!!! Now if that was not enough Shahid is making it tough for us to not fall in love with him. Yes, the actor is too good looking to not make people go weak on his knees. His marriage has not affected Shahid’s popularity with his fans. In fact, it has only doubled the actor’s following with Mira Rajput and baby Misha fans also rooting for the Padmaavat hero now. We all know how Mira is a social media star and always manages to grab headlines with her posts and stories on Instagram. But today we’d like to focus just on Shahid.

Shahid looked sleepless like most new dads and extremely excited as he and Misha got Mira and new born Zain home. The actor along with wife and kids posed for the shutterbugs who had parked themselves outside the hospital throughout the night to catch a glimpse of the family. And we bet that the paparazzi loved watching Sasha in action. From being the daddy cool managing Misha to the protective husband and a super caring father – we saw many avatars of the actor in those few minutes that we spotted the Kapoor family outside the hospital premise.

With daddy’s strong arms, clueless baby Misha has nothing to be worried about... 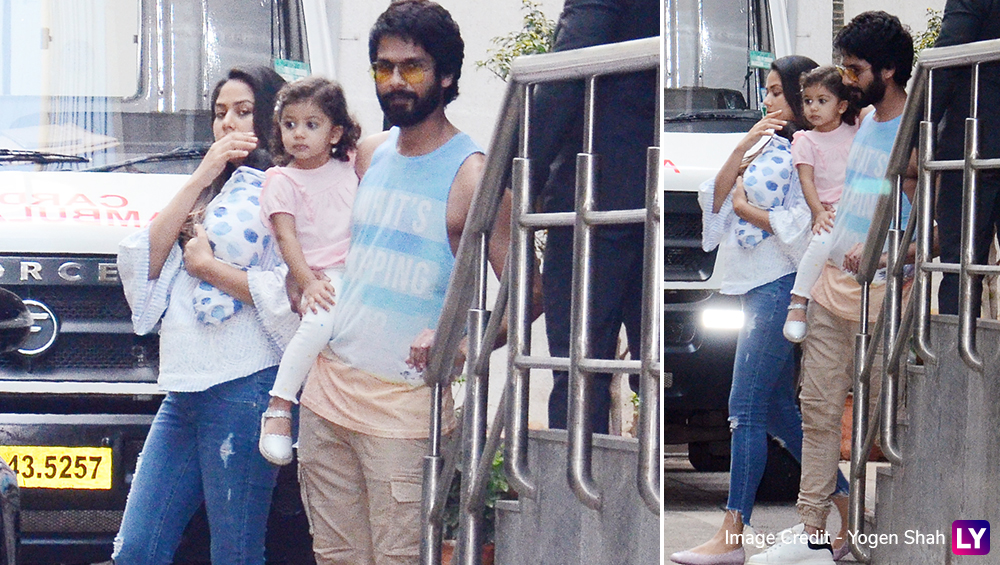 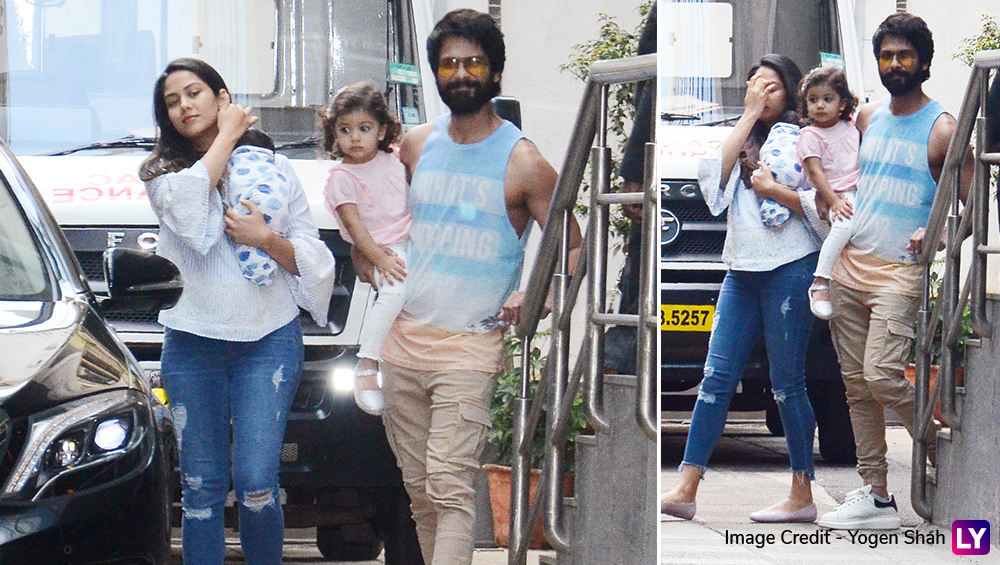 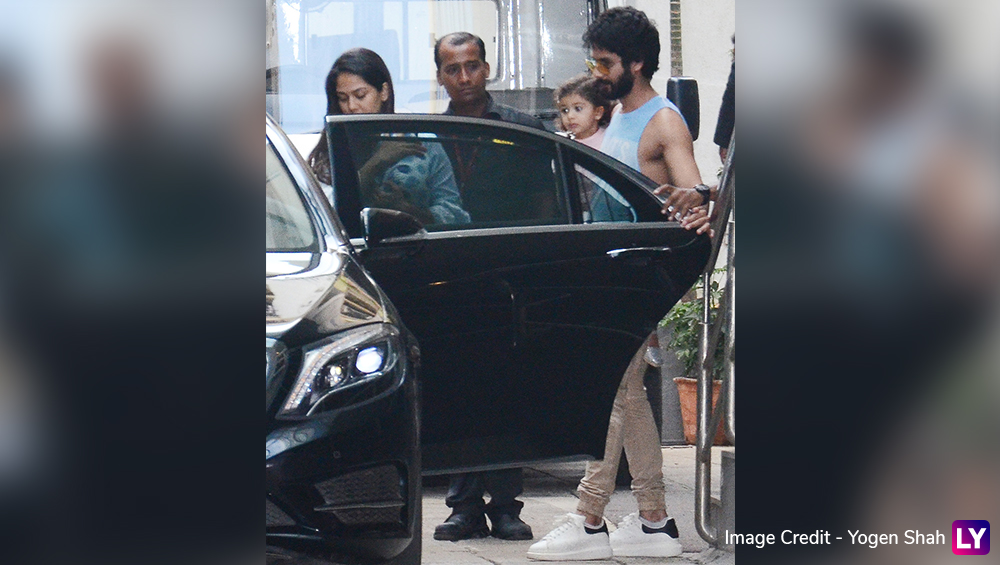 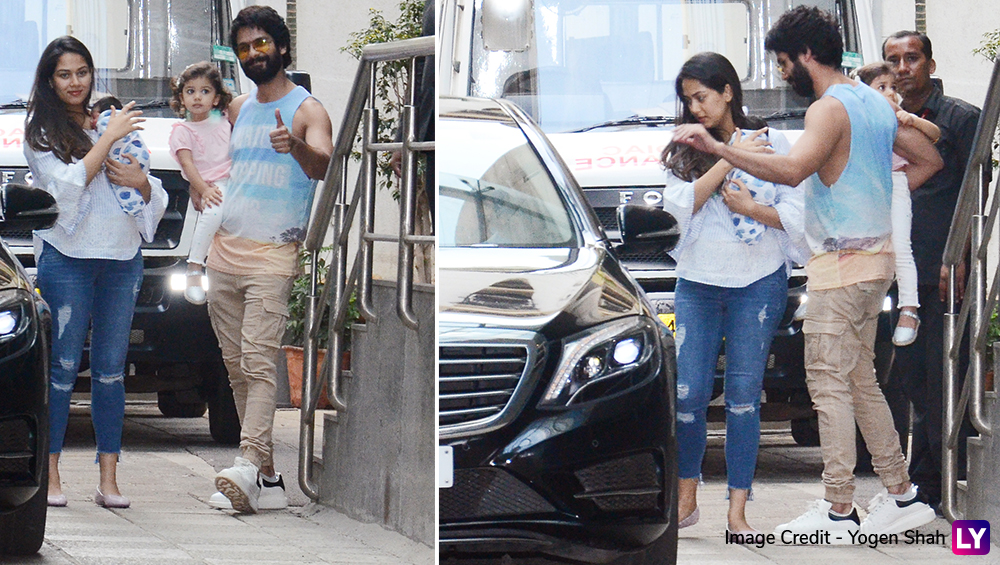 And ensuring baby Zain is comfortable is top priority at the moment... 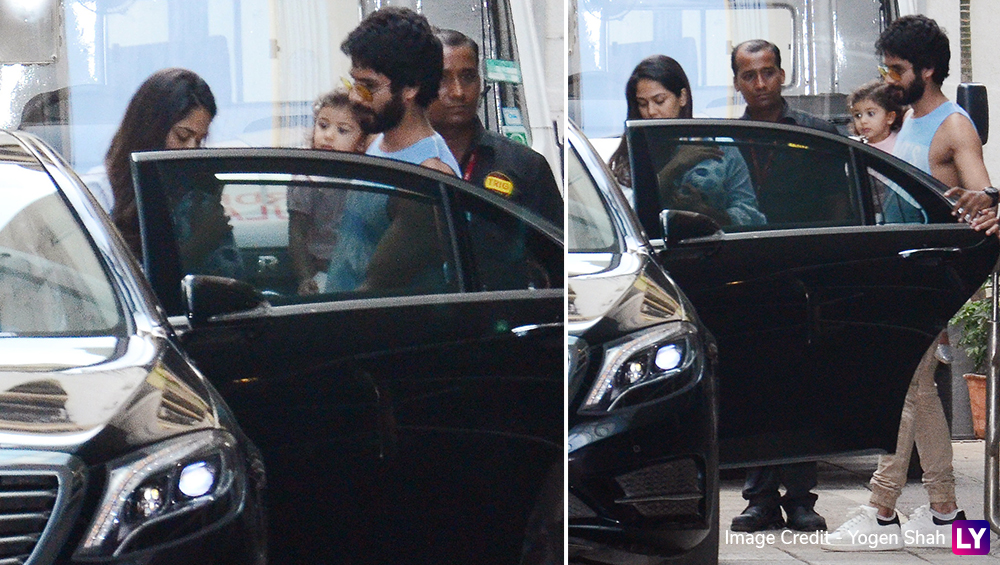 Shahid also looked unperturbed, for those of you who do not know the Batti Gul Meter Chalu hero was in for a shock when his social media account was hacked. On the day after Mira delivered baby Zain, Shahid’s social media handles – Instagram, Facebook and Twitter has some weird posts declaring his love for Katrina Kaif and defending Alauddin Khilji. Shahid Kapoor played Raja Ratan Singh in Sanjay Leela Bhansali’s magnum opus Padmaavat. The movie had Ranveer Singh playing Alauddin Khilji and girlfriend Deepika Padukone as Rani Padmaavati.

Shahid’s team managed solve the issue and things were back to normal. While the internet was abuzz with what would Shahid and Mira name their baby boy, the actor declared that his second born would be called Zain. Well, daddy cool doesn’t just know to manage his family, but also his eager fans.

(The above story first appeared on LatestLY on Sep 07, 2018 11:42 PM IST. For more news and updates on politics, world, sports, entertainment and lifestyle, log on to our website latestly.com).