As per reports, the Academy of Motion Picture Arts and Sciences has announced the next phase of its ongoing efforts towards inclusion. 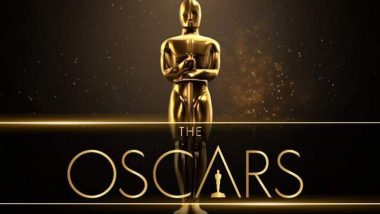 After the death of George Floyd, an African-American man who died due to Police violence in Minneapolis, several cities across US rose to protest against systematic racism. The Black Lives Matter movement has come to the fore because of this and the Entertainment industry has been experiencing its impact in varied ways. While we recently heard about the firings of a few actors from TV shows after their old tweets hinting at racism surfaced online, there are also extra efforts being taken by Hollywood studios now to increase diversity and inclusion in their work. Another major impact of the movement can now be seen in the newly released Academy guidelines. Oscars 2021: 93rd Academy Awards 'Likely' to be Pushed and New Dates Could Be Out Soon.

As per reports, the Academy of Motion Picture Arts and Sciences has announced the next phase of its ongoing efforts towards inclusion. In order to increase diverse representation at the Oscars, the Academy and the Producers Guild of America (PGA) are implementing new standards to ensure inclusion. According to these, one of the major changes is that beginning from the 94th Academy Awards for 2021 films, the best picture category will be set at 10 nominees, rather than changing the number each year.

The Academy will also create a quarterly viewing process through their streaming site starting also with the 94th Oscar. The statement from the Academy of Motion pictures said, "The Academy will also implement a quarterly viewing process through the Academy Screening Room, the streaming site for Academy members, also starting with the 94th Academy Awards,” the Academy said in a press release. Oscars 2021 Might Get Delayed for the First Time in 93 Years; Organisers in Talks to Reschedule the 93rd Academy Awards.

Let's not forget these are some necessary changes given how the Academy has time and again been called out in the with the #OscarsSoWhite hashtag by viewers and cine enthusiasts.

(The above story first appeared on LatestLY on Jun 12, 2020 09:35 PM IST. For more news and updates on politics, world, sports, entertainment and lifestyle, log on to our website latestly.com).