He said that while he is filled with gratitude and is quite proud of the entire team on Chhichhore, it is an emotional moment for him. He said that it would have been amazing to have Sushant around to share this special moment with. 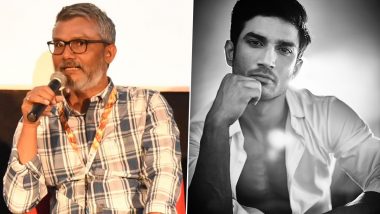 The winners of the 67th National Film Awards were announced today and Sushant Singh Rajput, Sharddha Kapoor, Varun Sharma starrer Chhichhore bagged the best Hindi feature film award. Director Nitesh Tiwari and the entire team of the film including Tahir Bhasin are celebrating this big win. Varun, Shraddha posted about the news on social media and shared the happiness with their fans as well. But more than that, the team has been missing the lead actor, Rajput, on this happy day. 67th National Film Awards: Sushant Singh Rajput’s Chhichhore Gets the Best Hindi Feature Film Nod!

Nitesh Tiwari exclusively talked to Pinkvilla and impressed how he wished that Sushant Singh Rajput was there with them to celebrate this big win. He said that while he is filled with gratitude and is quite proud of the entire team on Chhichhore, it is an emotional moment for him. He said that it would have been amazing to have Sushant around to share this special moment with.

“I feel so honoured and humbled. And I am very happy for my team. Everyone had put in their heart in soul in the film. There is a sense of happiness in the team as well as sadness. But all of us are sure that Sushant is smiling somewhere up there and sending us his love and hugs,” he added. Chhichhore is a movie full of nostalgia and plays on the themes of friendship and college life. where the actor essayed the role of Anni, who's child attempts to suicide.

Penning an emotional note on the win, Sharddha Kapoor took to social media and wrote, "Thank you @niteshtiwari22 @nadiadwalagrandson for making me a part of this beautiful film (folded hands emoticon)We miss you @sushantsinghrajput . @fukravarun @naveen.polishetty @tahirrajbhasin @tushar.pandey @saharshkumarshukla. Thank you National award committee (joined hands emoticon). Thank you to the entire team of Chhichhore (black heart emoticon)." She attached a poster of the film that commemorated the big win. Sushant Singh Rajput’s Chhichhore Part of IFFI’s Indian Panorama Line-Up – Check Out the Complete List of Films.

Chhichhore's producer Sajid Nadiadwala dedicated the award to Sushant. "On the behalf of NGE I dedicate this extremely prestigious award to Sushant Singh Rajput. We can't get over his loss ever but I sincerely pray that this award gives a little bit of happiness to his family and fans which includes me. And I am tremendously grateful to Nitesh Tiwari for giving us all this very special movie," he said.

(The above story first appeared on LatestLY on Mar 22, 2021 09:54 PM IST. For more news and updates on politics, world, sports, entertainment and lifestyle, log on to our website latestly.com).