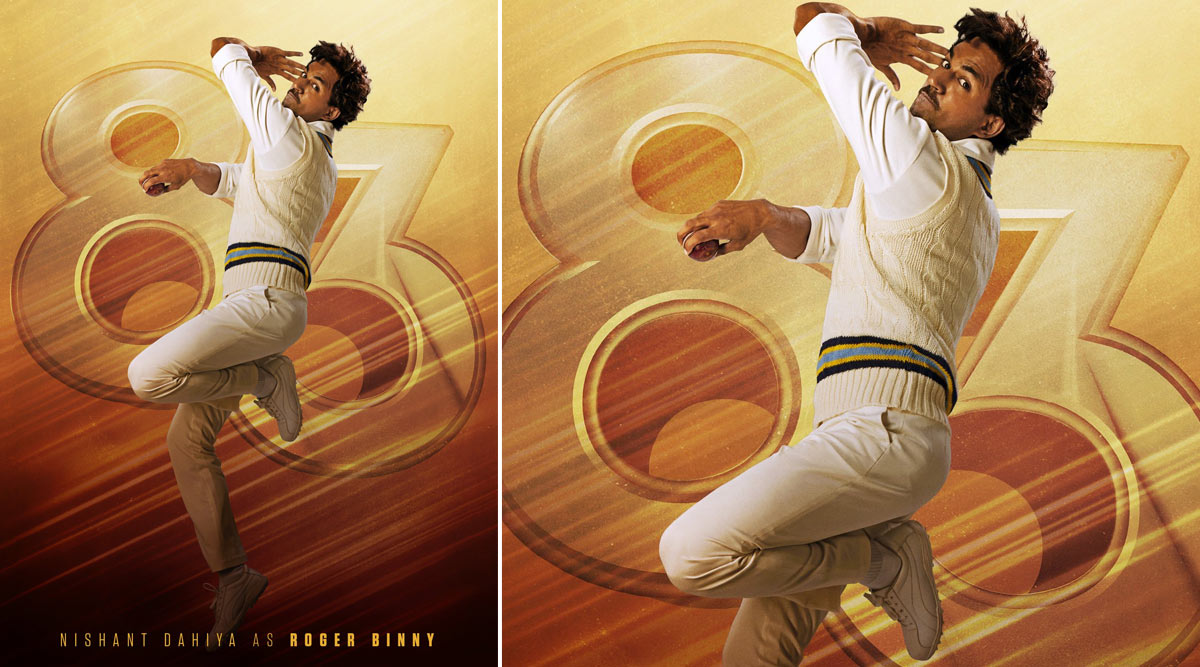 The makers of 83-The Film are on a spree of releasing character posters of the on-screen Indian cricket team. The film is based on India's win at world cup 83. The latest poster is that of Nishant Dahiya as former Indian cricketer Roger Binny. He is seen imitating the player's signature bowling style in the poster, which looks fierce. In fact, the caption of the poster says, "RIP IT LIKE ROG!!! IMPOSING, FEROCIOUS & DEADLY!!! Presenting #NishantDahiya as the famed all-rounder #RogerBinny."

Nishant was previously seen in films like Meri Pyaari Bindu and Kedarnath. Speaking of Roger, he contributed majorly by being the highest wicket-taker. In the match, he took 18 wickets. Later in 1985, the all-rounder again continued the drill by taking 17 wickets during a match with Australia. Check out the poster below.

The film is directed by Kabir Khan and co-produced by produced by Khan, Vishnu Vardhan Induri, Madhu Mantena, Deepika Padukone and Sajid Nadiadwala. It will also release in two other languages namely, Tamil and Telugu. The film will release on 10 April 2020. We are sure that the on-screen image of Roger played by Dahiya will definitely make the fans wait eagerly for the release of the flick.