'Abhi Se Block Kar Lo', A Man Tried to 'Book' Kartik Aaryan in Advance as a Groom for his Sister 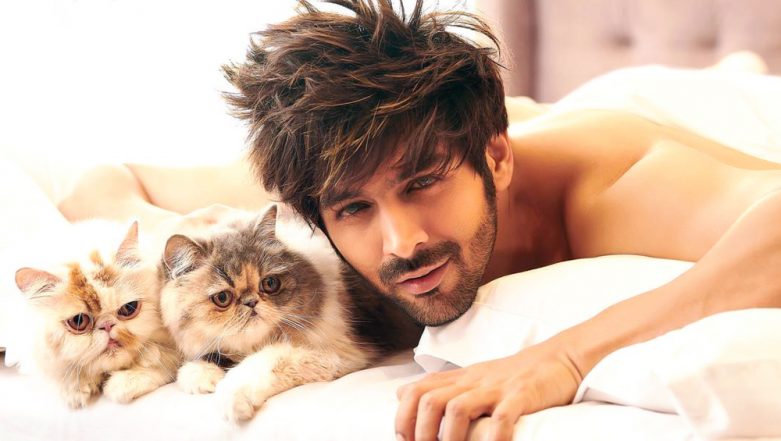 Sara Ali Khan is not the only one who's going gaga over this Luka Chuppi actor. Yes, she's fond of him and finds him very cute but girls around the nation too, are going weak in the knees for him. Blame his good looks or that charming smile but girls are busy gushing about this new chocolate hero and we don't really blame them for it. In fact, the intensity of their 'liking' is so much so that their families demand to book him in advance as a future prospect. No, we aren't kidding when we say that a man tried to book him as a future groom for his sister. Kartik Aaryan Clarifies About the Leaked Kiss Video With Love Aaj Kal 2 Co-Star Sara Ali Khan.

Kartik Aaryan in his recent interaction with a daily was asked about some weird proposals he gets for marriage. While elaborating on the same, he said,  "Rishtey aate rehte hain shaadi ke liye. Mummy ko phone aate hain kabhi toh. Going further, he narrated an incident when a man asked his mother to 'block' him for his sister. "Just a little while ago, there was this guy who called my mom directly. We didn't know him and I don't know how he got my mom's number but he called her directly, saying Kartik ki shaadi karani hai meri behen se. My mother just said that Kartik isn't interested in marrying right now. He is very much focussed on his career and on top of that, I don't know who you are. But that man wouldn't take no for an answer. He said agar abhi nahi kar raha hai, toh bhi chalega, chaar saal baad bhi ho chahe, aap abhi se block kar lo, as if koi advance booking ho." If there's a word weirder than weird then this situation would be apt for it. Koffee With Karan 6: 'I am Earning Money to Match Sara Ali Khan's Standards', Says Kartik Aaryan.

Previously, his Pati Patni Aur Woh remake co-star, Ananya Panday, too revealed how she finds him cute. While Sara wants to go out on a coffee date with him, Ananya would like to join the duo for the same. The boy is definitely in demand and he might as well make tons of hay while the sun is shining.