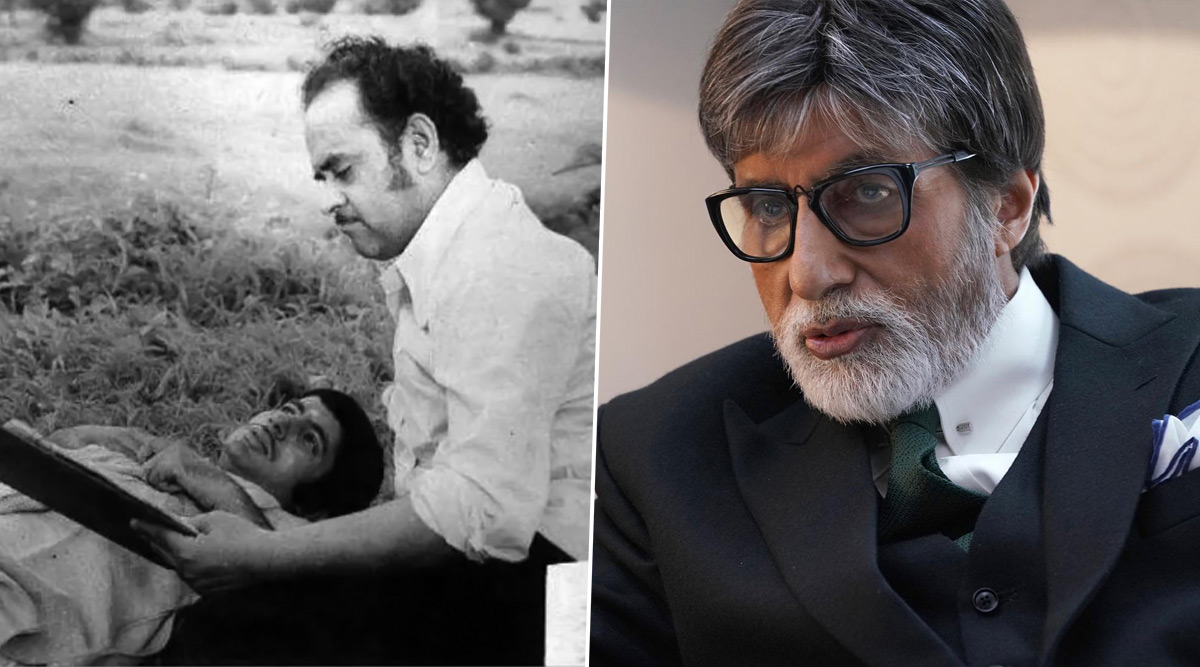 Amitabh Bachchan went on a nostalgic trip remembering the late filmmaker Sultan Ahmed. Ahmed, one of the most successful Bollywood filmmakers in the seventies and the eighties, was known for his dacoit movies, and Big B had starred in the director's 1978 hit, "Ganga Ki Saugandh". The filmmaker died 18 years ago, and remembering the moments spent with him on the sets, Big B said: "There was one scene which was shot in Rishikesh where my director Sultan Sahab asked me to ride the horse on the Laxman Jhula bridge and that bridge was risky because the bridge used to shake when we used to walk on it and I had to ride the horse so I got little scared and nervous and spoke to Sultan Sahab about it that I won't be able to do this as I love my life, but he encouraged me by saying u can do it you are a hero don't get scared, but I wasn't ready. Gulabo Sitabo Trailer Preview: 4 Reasons Why Amitabh Bachchan and Ayushmann Khurrana’s Film Looks to Be a Winner!

"He was so very passionate about taking the shot, so he called for few Army men with horses from the army boot camp to help us with the scene when he got the description of scene he also backed off and then later Sultan sahab again encouraged and motivated me to do the scene. And I took a step forward and I did it." Big B added: " Gave this shot while I was riding the horse on that bridge...before giving the shot I was just looking down at ganga river and was chanting jai Ganga maiya ki and scene went very well as he wanted. Sultan ahmed sahab was one of the finest and very passionate and a gem of a director and I had learnt a lot working with him". Amitabh Bachchan Posts A Cool Workout Picture With Grandson Agastya Nanda But Fans Introduce Him To Carry Minati.