Drive on Netflix: Jacqueline Fernandez and Sushant Singh Rajput Look Hot Chilling on a Yacht in This New Pic 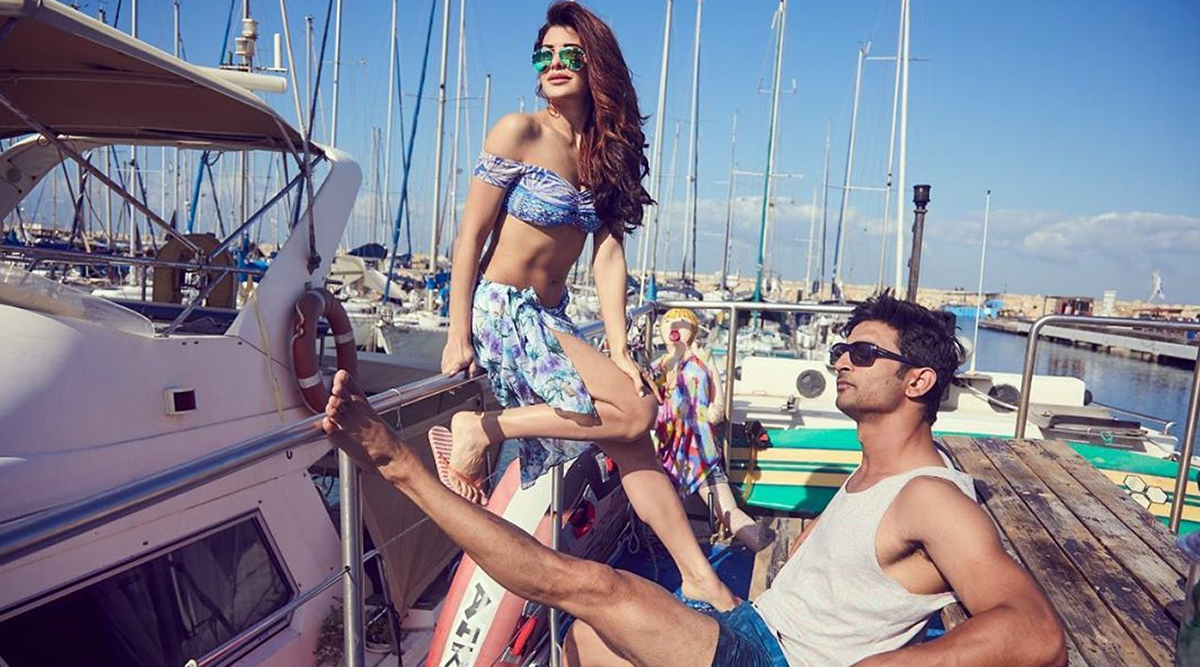 And finally, Jacqueline Fernandez and Sushant Singh Rajput's Drive has seen the light of the day. The film by Tarun Mansukhani in association with Dharma Productions has been grabbing the headlines because of the constant delays. The film was announced, discussed, delayed but not released! The makers eventually found a spot for it on Netflix India. And here is the first still from the film featuring the lead stars! Sushant Singh Rajput’s Drive Has Been Removed from Dharma Productions’ Release Roster.

Of course, with the kind of the hype they created around the flick, it had to be extravagant in nature. Going by the still here, it promises to be. In the picture, we can see Jac looking sizzling hot in a blue off-shoulder beach wear. On the other hand, SSR appears to be extremely stylish in that boyish look. 'Get out your sunnies, we're bringing the heat', Jacqueline wrote and we totally believe her. Check out the still below. Want to Watch Sushant Singh Rajput's Drive? Make Sure Chhichhore Is a Hit!.