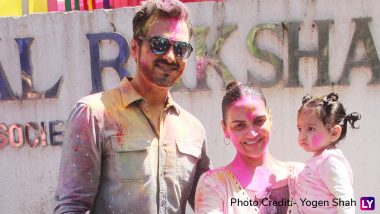 Holi colours are splashing across the quarters and spreading the love and fun along with them. The celebrities from the entertainment world are having the colourful time of the year. From Bollywood to the Television industry, everyone is soaked in the fun colours of Holi 2019. So, while you are gorging over those delicious sweet ‘Gujiya’ and playing Holi with your friends and families, Esha Deol too has her colourful plans sorted for the day. Esha, with husband Bharat Takhtani, hosted the festival of colours with great fervour. Javed Akhtar's Holi Party 2019: From Shabana Azmi's Dancing Poses to Shibani Dandekar and Farhan Akhtar's Festive Fun - View Pics!

Anchor-turned-actor Rannvijay Singha is also a part of Esha’s party. Along with Bharat and Esha, the little 1-year-old munchkin, Radhya Takhtani, too joined her parents in the celebration. Smeared in bright colours, the family looked flashy as ever.

Soon to join the party is one of the leading filmmakers in Bollywood, Ayan Mukerji. Ayan too joined the Holi party, hosted by Esha and entered the venue covered in 'gulaal'. Happy Holi 2019: Bollywood Celebrities Akshay Kumar, Amitabh Bachchan, Karan Johar Extend Their Wishes to Fans On the Festive Occasion

Have a look at the pictures from Esha Deol’s Holi party: 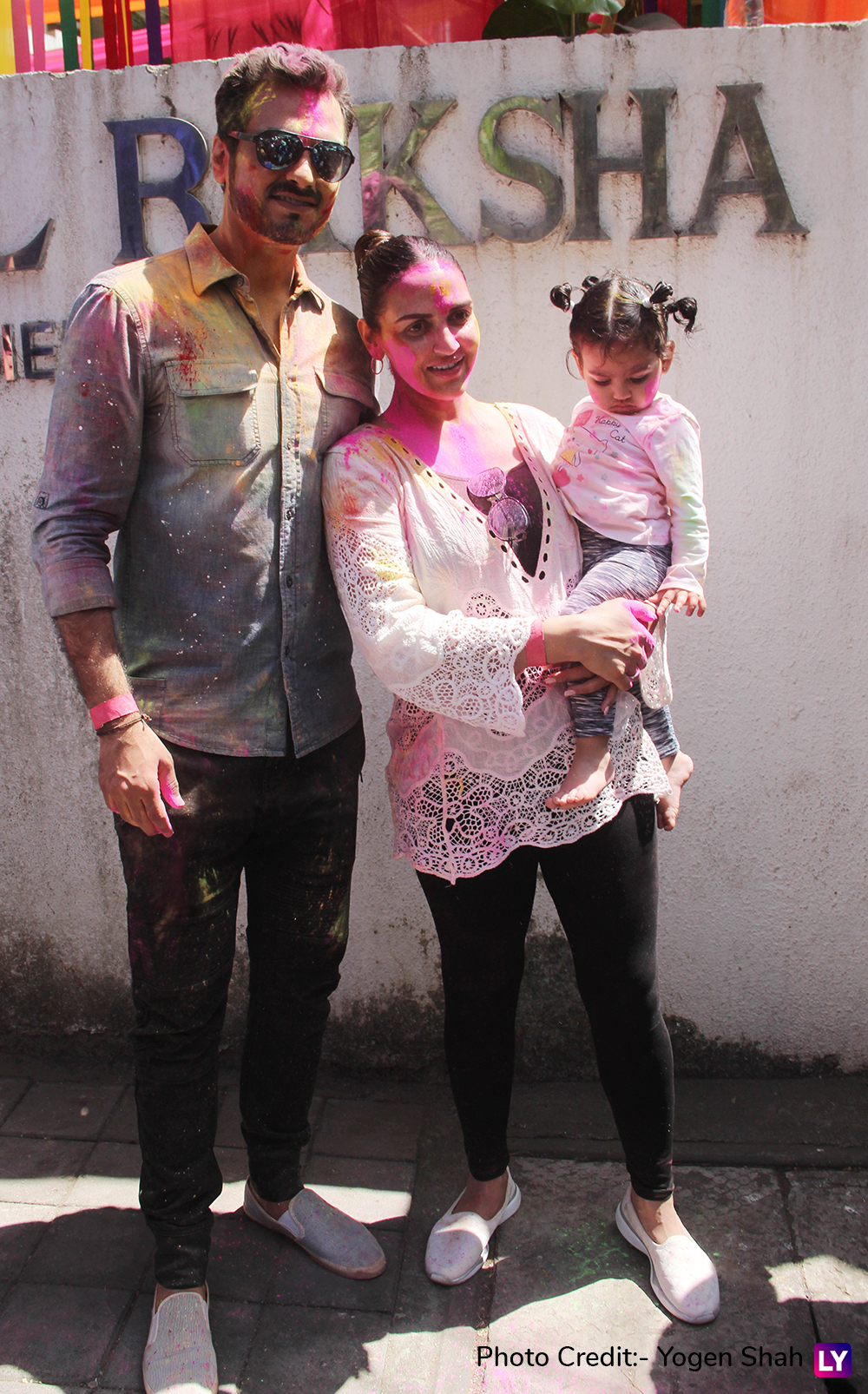 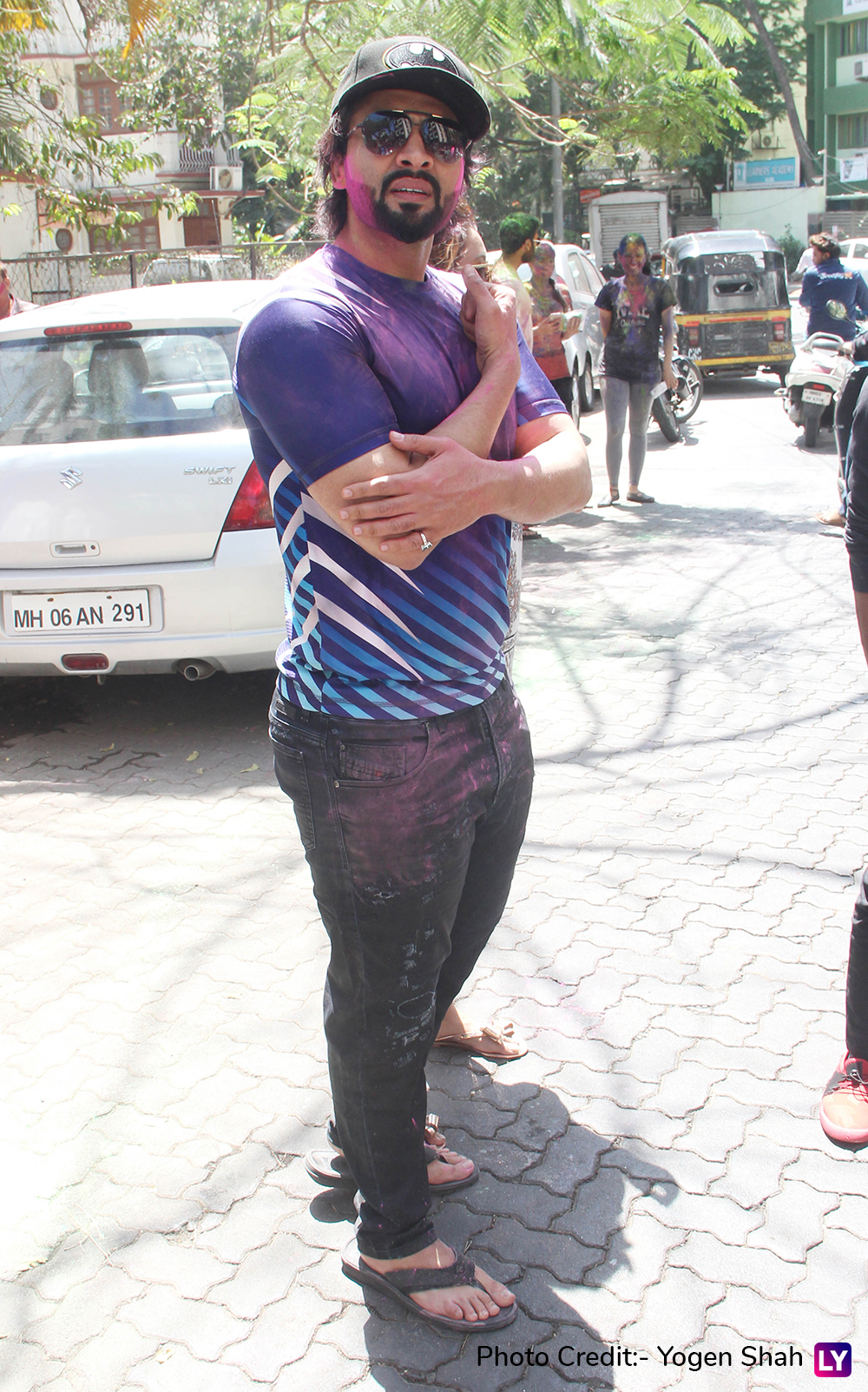 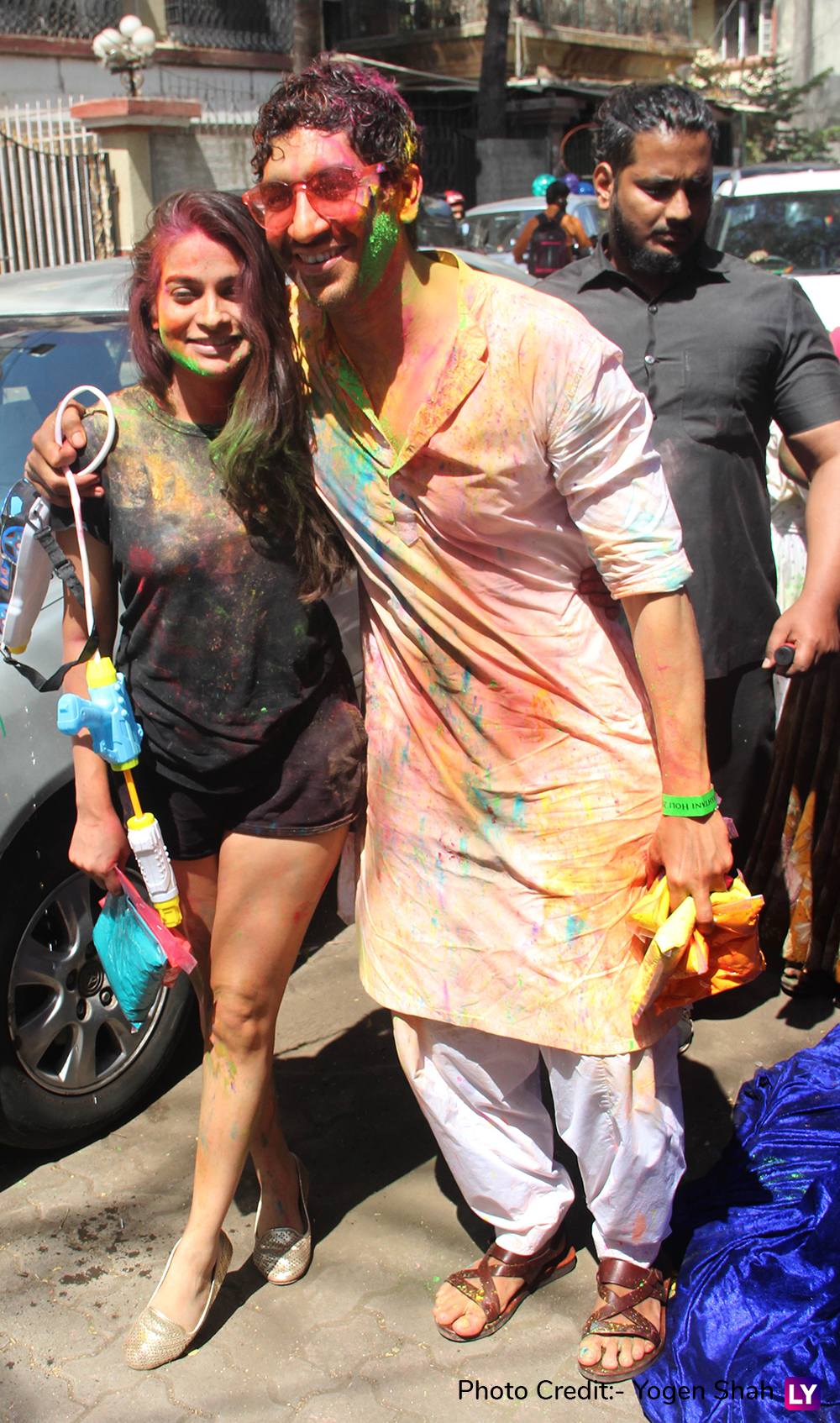 We wish you all a very happy and safe Holi with colours. Stay tuned for more updates from your favourite celebrities.

(The above story first appeared on LatestLY on Mar 21, 2019 03:00 PM IST. For more news and updates on politics, world, sports, entertainment and lifestyle, log on to our website latestly.com).