Here's What Sushant Singh Rajput Got For Rumoured Girlfriend Rhea Chakraborty On Her Birthday and it is Precious! 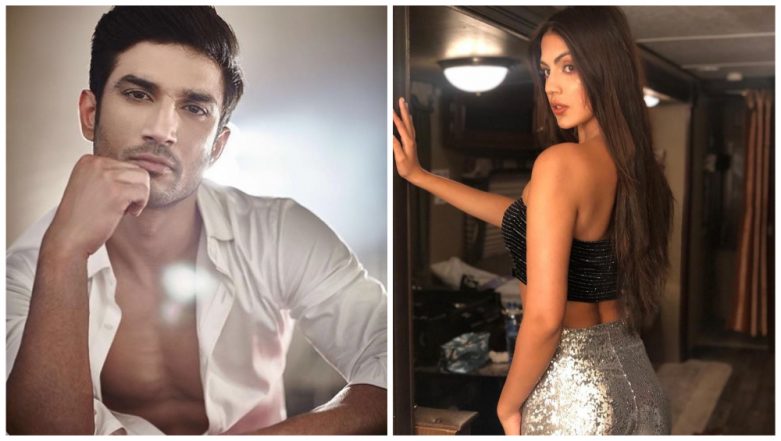 The tinsel town is painted with the colour of love these days. The Bollywood couples make those mysterious mushy appearances, leaving the fans to predict whether their dating is not. The recent ones to do this are Sushant Singh Rajput and Rhea Chakraborty. The duo, who claims that they are just friends have been reported to be dating and taking romantic vacations. They recently celebrated Rhea's birthday together. But here's the newest deet. The Kedarnath actor apparently gifted a pendant to his new ladylove. Rhea Chakraborty Celebrated Her Birthday With Rumoured Boyfriend Sushant Singh Rajput and It Was the 'Happiest' Ever - See Pic!.

Mumbai Mirror reported that the Dil Bechara actor got a 'precious' platinum pendant for her. Rhea also loves to flaunt this pendant everywhere, every day. It can be safely said that these two are the newest addition to the long list of rumoured couples and their pictures are the only hints.

It was earlier reported that Sushant and Sara were dating during the shoot of their film Kedarnath. After their amicable separation, he was often spotted with Rhea, who is Sara's good friend too. They also took a trip together with their friends to Ladakh and posted the pictures on social media. On the other hand, Sara Ali Khan is reportedly dating Kartik Aaryan.

On the filmy front, Sushant is gearing up for three releases. He will be seen in Shraddha Kapoor starrer Chhichhore, Sanjana Sanghi starrer Dil Bechara and Jacqueline Fernandez starrer Drive. Stay tuned with us for more updates.