Le Panga Song: Kangana Ranaut Shows Us the Tough Journey for the Making of a Champion in This Inspiration Title Track of Panga (Watch Video) 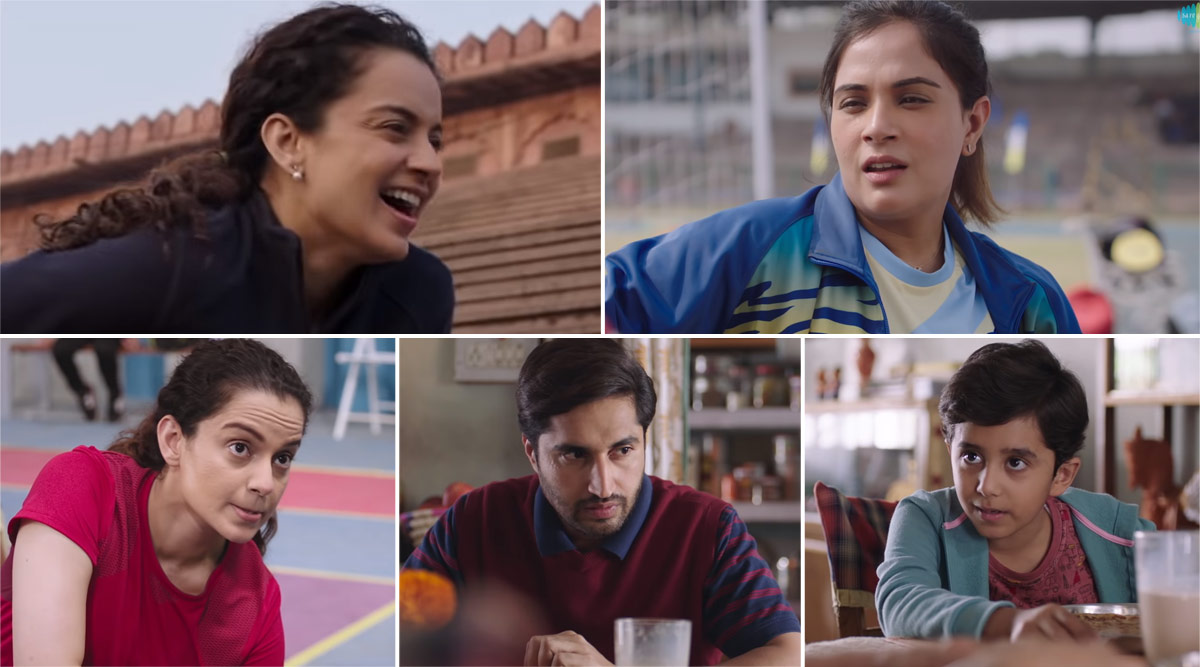 After the trailer, Kangana Ranaut's upcoming film Panga released recently, it has won a lot of praises. The film's first song is out now and it's completely inspiring. The title track of the film, "Le Panga" shows us the journey of Kangana's character to become a champion. The song showcases the journey of Jaya played by Kangana Ranaut, a mother who dreams of becoming a kabaddi champion once again and is all about what you do when life gives you second chances. Panga Trailer: Kangana Ranaut, Jassie Gill, Neena Gupta's Feel-Good Film Will Inspire You to 'Never Stop Dreaming' (Watch Video).

The song also features glimpses of Richa Chadha and Jassie Gil, who are shown to constantly in support Jaya during this journey. The title track has been sung by Harshdeep Kaur, Divya Kumar and Siddharth Mahadevan. The lyrics have been penned by Javed Akhtar. The song has been composed by Shankar-Ehsaan-Loy. Sharing the song on social media, director Ashwini Iyer Tiwari wrote, "Apne sapno ke liye zor se bolo le panga."

Check out the New Song Here:

The new song captures the struggles of making a comeback perfectly. In one of the scenes in the song, Kangana's character's son forces her to drink a glass of milk, saying, “Strength badhani hai, ek ghunt me gatak lo” and it is indeed one of the cutest moments in the video.  Before Panga Trailer Launch, Kangana Ranaut Gives out Tickets to Commuters at Mumbai's Chhatrapati Shivaji Maharaj Terminus (See Pics).

Apart from Kangana, the film also stars Richa Chadha and Neena Gupta in pivotal roles. The film is slated to release on January 24, 2020.