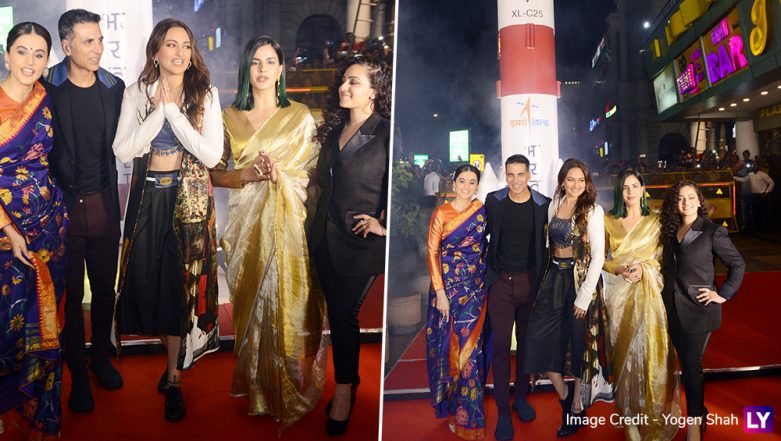 There is just a day left for Mission Mangal to hit the silver screens. It is one of the most-anticipated films of the year, based on the story of scientists at Indian Space Research Organisation (ISRO), who contributed to the Mars Orbiter Mission, which is also called Mangalyaan. Starring Akshay Kumar, Vidya Balan, Taapsee Pannu, Nithya Menen, Kirti Kulhari, Sharman Joshi, Sonakshi Sinha in the lead, the film is releasing on August 15, on Independence Day 2019. But before that, a special screening was held in New Delhi on August 13 for which the team was present.

Akshay Kumar along with the women power Sonakshi Sinha, Nithya Menen, Taapsee Pannu and Kirti Kulhari made a stunning appearance for the special screening of Mission Mangal. It took place at the PVR Plaza in New Delhi. There were hundreds of fans gathered outside the multiplex to catch a glimpse of the star cast. As soon as they arrived, we can see how they could not contain their excitement and started cheering for the team of Mission Mangal.

Akshay Kumar looked dapper in his semi-formal outfit. Taapsee Pannu and Kirti Kulhari opted for a desi wear; they wore a saree and looked absolutely gorgeous. Sonakshi Sinha and Nithya Menen donned smart casuals, keeping it all chic. They all were seen posing for the paparazzi outside the multiplex. If you haven’t yet checkout the pictures yet from the screening, take a look at them now. 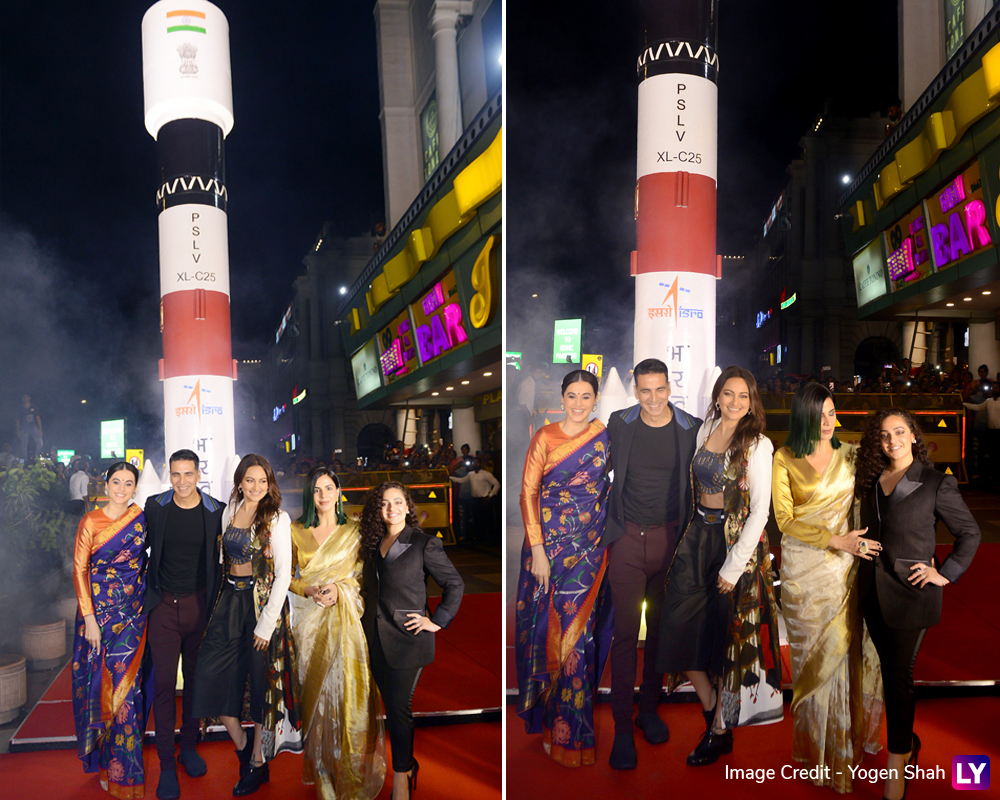 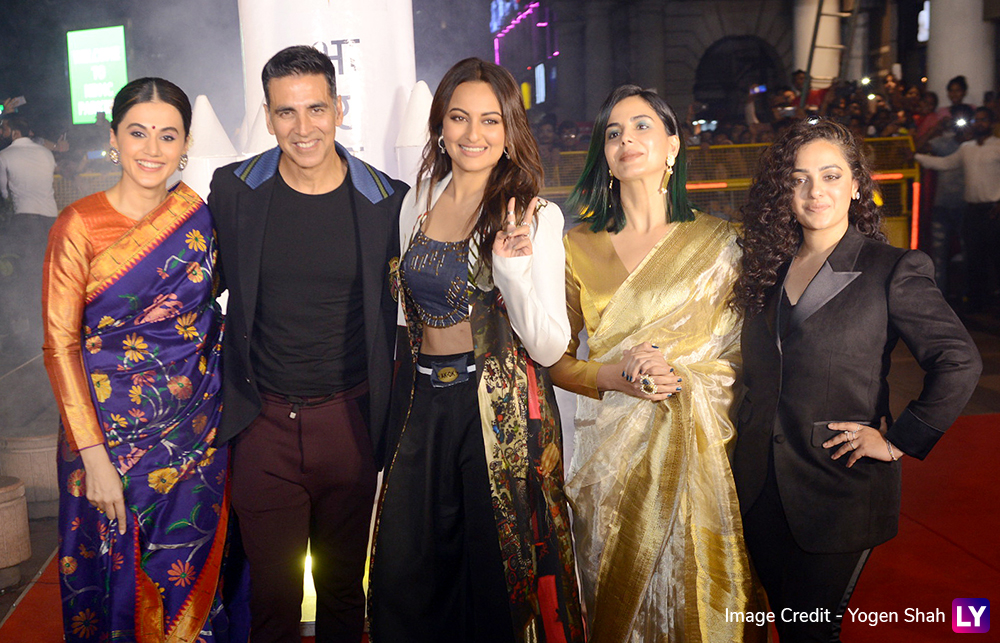 The fantastic five were all smiles at the screening 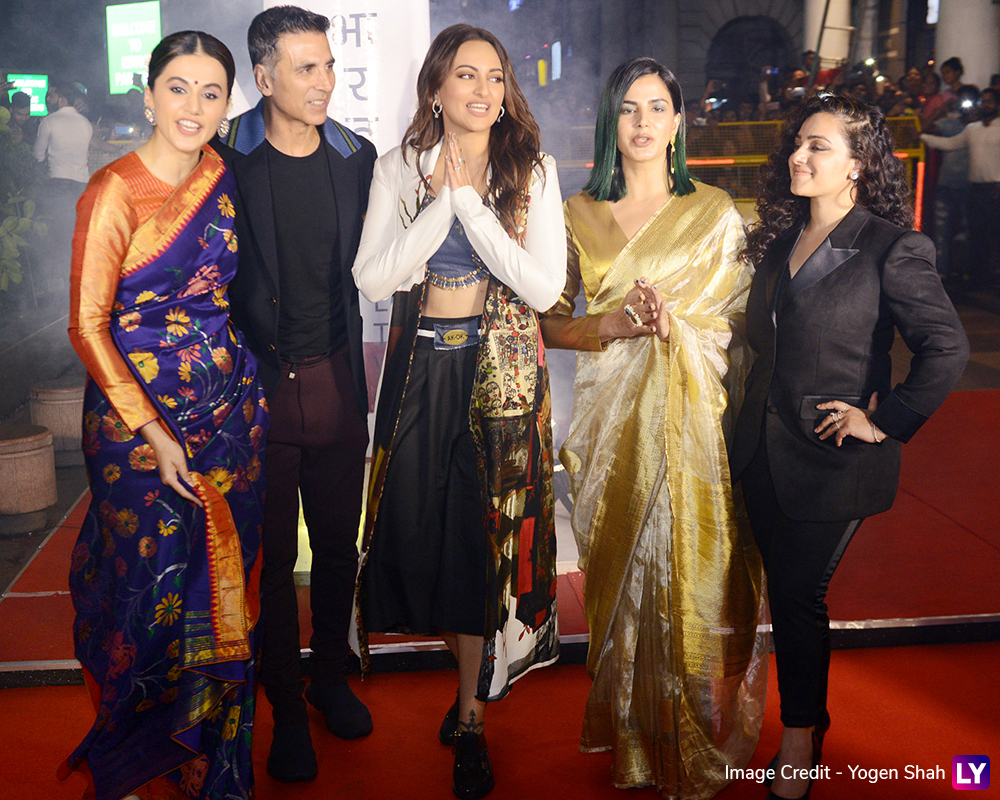 Akshay Kumar who has an extended cameo in the film would be seen portraying the character Rakesh Dhawan – A bachelor of science who believes there’s no science without experiment. Mission Mangal is produced under the banners of Produced by Cape of Good Films, Hope Productions and Fox Star Studios.