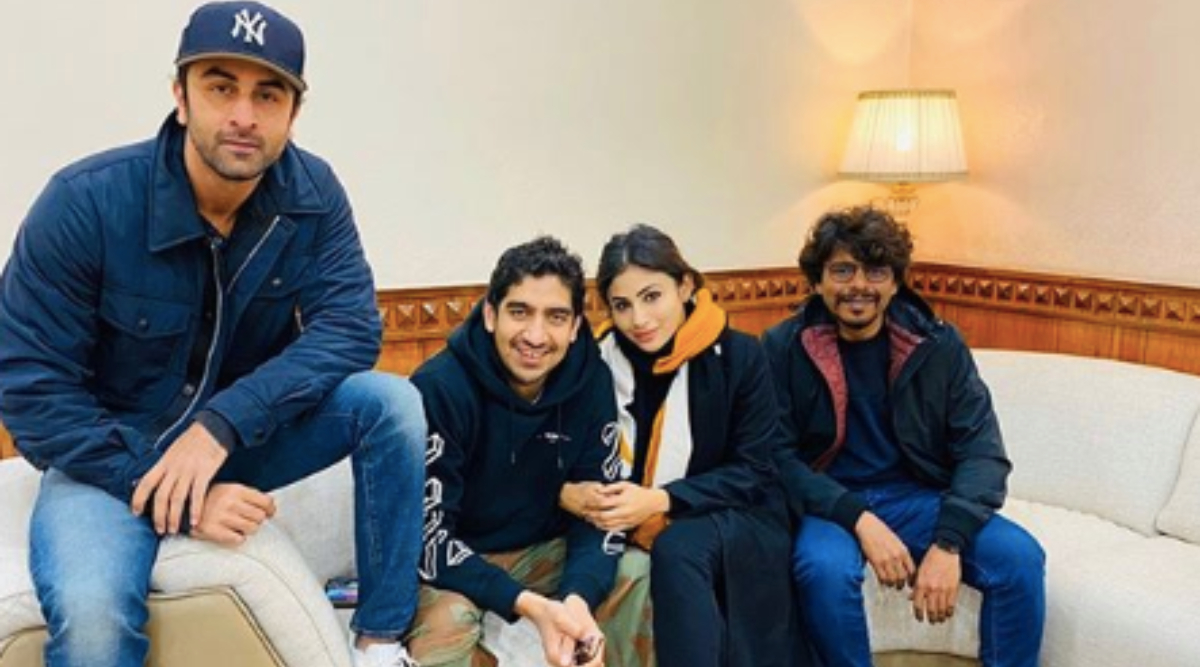 After making a mark in Bollywood with films such as Akshay Kumar's Gold and the recently released Made In China with Rajkummar Rao, Mouni Roy is all set to be seen in Ayan Mukerji's next, the Alia Bhatt and Ranbir Kapoor starrer Brahmastra. The film also stars Amitabh Bachchan in a lead role and is one of the most-anticipated releases of 2020. The film's fantasy genre has already left fans intrigued and also the fact that this is the first time Alia and Ranbir will be sharing screen space that has upped their excitement.  Shah Rukh Khan Begins Shoot for His Cameo in Ranbir Kapoor and Alia Bhatt's Brahmastra.

Recently, the cast of the film was in Manali to shoot an important bit of the film and we had seen pictures of Amitabh Bachchan and Ranbir Kapoor from the shoot. Now, Mouni has taken to her Instagram to share another picture with Ranbir and Ayan. It was earlier reported that Roy will be essaying a negative role in the film but we are yet to hear deets about her character. Sharing the picture, Mouni wrote, "A warm cup of fiction, with em be-dazzlers."

A warm cup of fiction , with em be-dazzlers ✨!

Brahmastra is the first part of the sci-fi trilogy and also stars Nagarjuna Akkineni in a key role. As per reports, the South superstar who is working in a Hindi film after over a decade will be seen essaying the role of an archaeologist. The film has been through its fair share of delays and is finally all set to release in Summers next year.