Ranbir Kapoor Tests Positive For COVID-19? Randhir Kapoor Confirms 'He Is Not Well'

Rumours suggest that Ranbir Kapoor has tested positive for coronavirus. When Randhir Kapoor was asked about it, he did confirm the actor wasn't really feeling well. A few days back, Neetu Kapoor had tested positive as well and recovered soon enough. 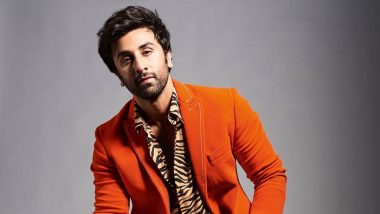 While the vaccination drive in India is on, many are still falling prey to the deadly Coronavirus. A Pinkvilla report suggests Ranbir Kapoor too has tested positive for COVID-19. Quoting his uncle Randhir Kapoor, the portal reported, "I believe he is not well, but I am not sure what he has got. I am not in town.” Apparently, when they got in touch with senior Kapoor, he had confirmed Ranbir contracted COVID but later changed his statement. Guess the family doesn't want to talk about it just yet. Brahmastra: Alia Bhatt Shares A Picture From The Sets With Ranbir Kapoor And Ayan Mukerji

A few days back, his mother Neetu Kapoor tested positive for COVID-19 along with the cast of Jug Jug Jeeyo including Varun Dhawan. She recovered soon enough and has already reported on the sets. Ranbir spoke about the time when his mother was diagnosed with the ill-infection during an interview. If he has tested positive, we hope he gets well soon.

Check out the latest pics from Brahmastra set...

After a while, Ranbir has quite a few movies on the floor. Apart from the long in the making Brahmastra, there's Animal and an untitled film with Luv Ranjan also starring Shraddha Kapoor.

(The above story first appeared on LatestLY on Mar 09, 2021 11:31 AM IST. For more news and updates on politics, world, sports, entertainment and lifestyle, log on to our website latestly.com).