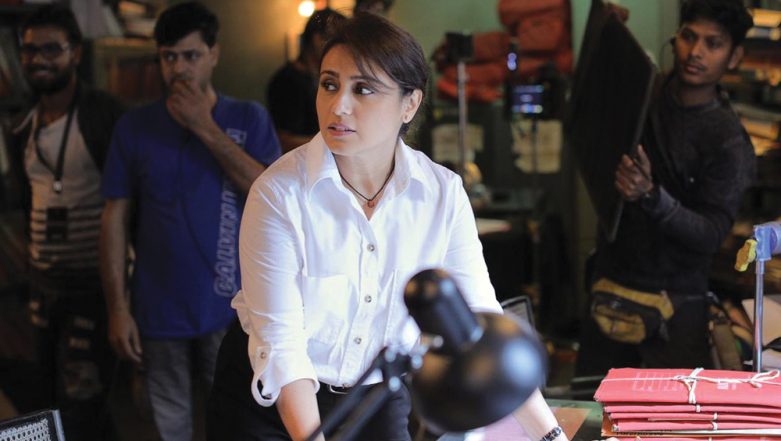 It has been almost a year since we have seen Rani Mukerji on the big screens. She was last seen in Hichki, essaying the role of Naina Mathur, an aspiring teacher having Tourette syndrome. Her performance in it was appreciated by fans and critics. Her special appearance in Shah Rukh Khan’s Zero was also loved by the movie fanatics. However, fans of the actress were waiting to see her back in a full-fledged role and guess what, that wish will be fulfilled soon. Rani is going to return to the silver screens in the avatar of the feisty cop, Shivani Shivaji Roy. Yes, Mardaani 2 is happening! Mardaani 2: Rani Mukerji as the Feisty Cop Shivani Shivaji Roy is Back.

Mardaani was a 2014 released film, directed by Pradeep Sarkar. In it we saw Rani Mukerji as a dedicated yet rough and tough police officer. The movie which focused on human trafficking received positive responses. The shooting of Mardaani 2 has started and Rani’s look from the film has been released. The actress is seen a simple casual outfit. Her look has been kept minimal and we just can’t wait to see what else in store for us this time. Ananya Panday’s Cousin Ahaan Panday to Make Bollywood Debut With Rani Mukerji’s Mardaani 2?

Take a look at Rani Mukerji’s avatar in Mardaani 2:

Mardaani 2 is directed by Gopi Puthran which also marks his directorial debut. He was the one who had penned down Mardaani. Chunky Panday’s nephew Ahaan has been roped in as the assistant director for the film. Stay tuned for further updates.