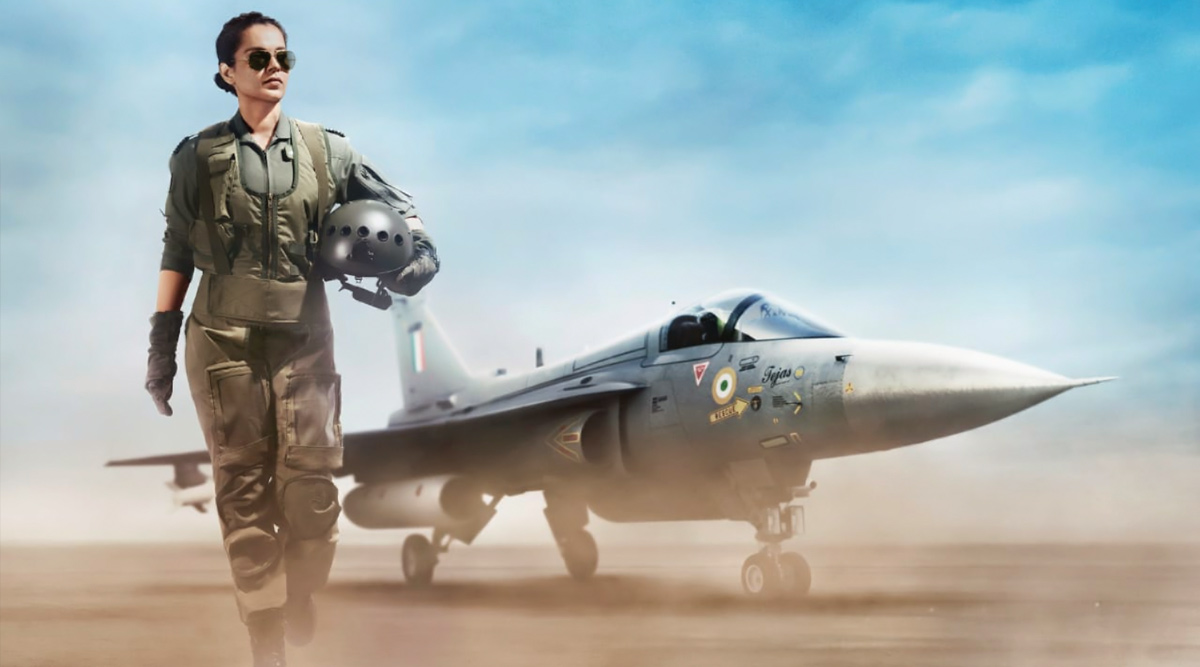 Monday has started on an amazing and patriotic note, thanks to Kangana Ranaut's first look from her next project, Tejas. The Manikarnika actress plays an air force pilot in her next and her first look from same is quite intimidating. After Vicky Kaushal's Uri: The Surgical Strike, Ronnie Screvwala's RSVP is gearing up to produce another patriotic theme movie with Tejas and this time the focus would be on Air Force and not Army. Thalaivi: Kangana Ranaut Looks Ethereal in a New Still from a Dance Sequence in the Jayalalithaa Biopic (See Pic).

Speaking about her new project, Kangana in her interaction with Mumbai Mirror said, "Very often, the sacrifices made by our brave women in uniform go unnoticed by the nation. Tejas is a film where I have the honour of playing the role of one such Air Force pilot who puts country before self. I hope we instil a sense of patriotism and pride in the youth of today with this movie. I’m looking forward to the journey with Sarvesh and Ronnie on this one." Kangana will start shooting for her war drama in the summer of 2020 and we can expect the film to release in April 2021. Kangana Ranaut, Karan Johar Win Padma Shri, Adnan Sami Lashes Out At Critics Questioning His Win.

Check Out the First Look

Soaring high into the sky!

Kangana is currently working on Thalaivi, a biopic on the life of actress turned politician, Jayalalithaa. She also has her action drama, Dhaakad releasing in Diwali 2020. And finally, she has Tejas. From playing a freedom fighter from the British era to an Air Force Pilot of recent times, the actress' journey has completed an entire circle and we can't wait to hear her future announcements.