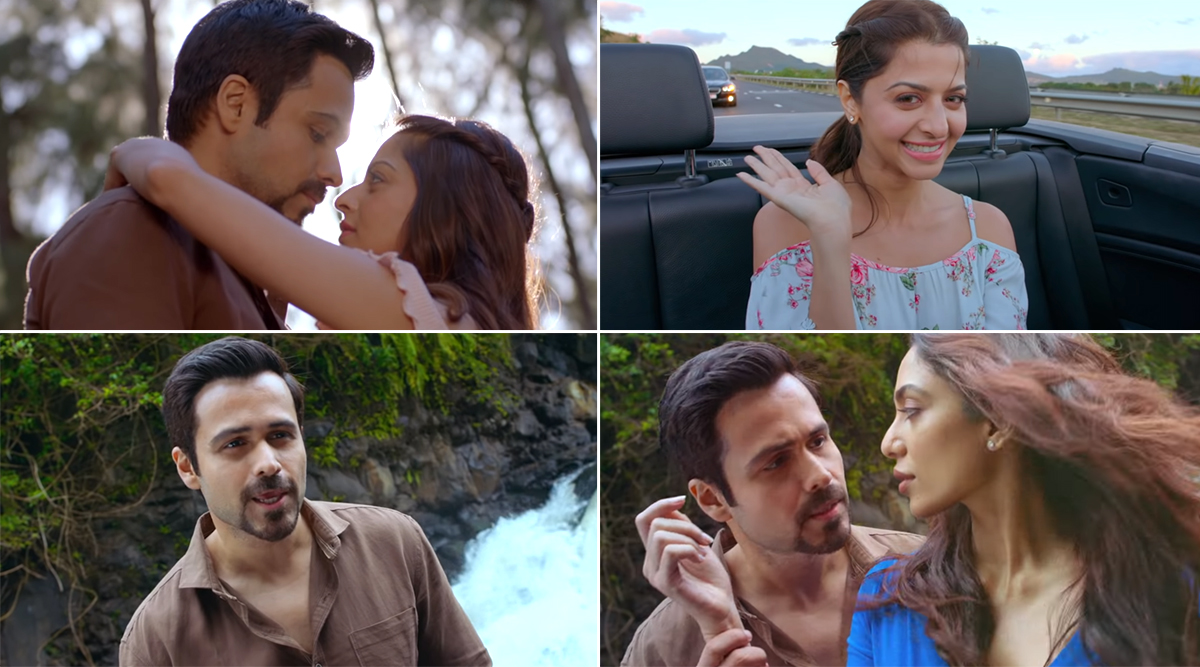 The makers of the upcoming flick titled The Body have released a romantic track, “Aaina”. It features the film’s lead cast – Emraan Hashmi, Sobhita Dhulipala and Vedhika Kumar. This track highlights the chemistry of Emraan with both the gorgeous actresses against the beautiful backdrop. While sharing the track across social media platforms the makers captioned it as, “Banaa le mujhe Aaina ke mere har lafz ka...Tu hi ek maaina. #Aaina Song Out Now!” The song “Aaina” is sung by Arko, Tulsi Kumar and Neha Kakkar and it is a beautiful romantic song. The Body Trailer: Emraan Hashmi and Rishi Kapoor's Thriller Looks Edgy and Intriguing (Watch Video).

It was just few days ago when the makers had released the film’s trailer. Fans were happy to see veteran actor Rishi Kapoor (who plays the role of an investigative officer in the film), as it will be his first movie post cancer treatment. Audiences’ expectations are high after watching the spine-chilling trailer of The Body. The trailer did not reveal much about the plot, but it did look edgy and intriguing.

Watch The Song Aaina Below:

The Body marks the directorial debut of Jeethu Joseph in Bollywood. The ace filmmaker who is known for his works in Malayalam cinema has directed movies such as Memories, Drishyam, Oozham, and others. The Body is scheduled to be released in December 2019. Stay tuned for further updates from the world of entertainment.