U-Turn: Alaya F Wraps Up Shooting for Her Upcoming Thriller, Says ‘This Film Is Very Special to Me’ 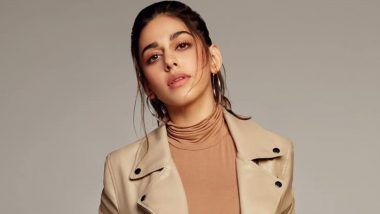 Alaya F (Photo Credits: Instagram)
Actress Alaya F has wrapped up shooting for her upcoming thriller film "U-Turn". Alaya shares: "This film is very special to me and being the last day of this beautiful journey, it is just unbelievable. I am very grateful for the very lovely crew who was giving their all, every day, no matter how difficult some days were. Everyone really pulled through." Alaya F on Her Mother Pooja Bedi: She Is an Extremely Positive Person.

She says that the entire team was always filled with enthusiasm for the project and we all worked together so wonderfully to make it all come together. Alaya adds: "So much has happened during the shoot but each moment has made this film a labor of love. As this journey comes to an end, I cant wait for everyone to watch and experience the same." Alaya F Looks Pretty and Refreshing On Latest Cosmopolitan India Magazine Cover!

The actor began shooting for the film early last year and as the shoot came to an end, team "U-Turn" decided to celebrate on the sets. Director Arif says: "The journey for this film has been amazing, and we are filled with emotions as we wrap our shoot today. I am extremly thankful to Ekta mam and the entire team for putting in their hard work and heart in the making of this film."

(The above story first appeared on LatestLY on Jan 27, 2022 04:42 PM IST. For more news and updates on politics, world, sports, entertainment and lifestyle, log on to our website latestly.com).