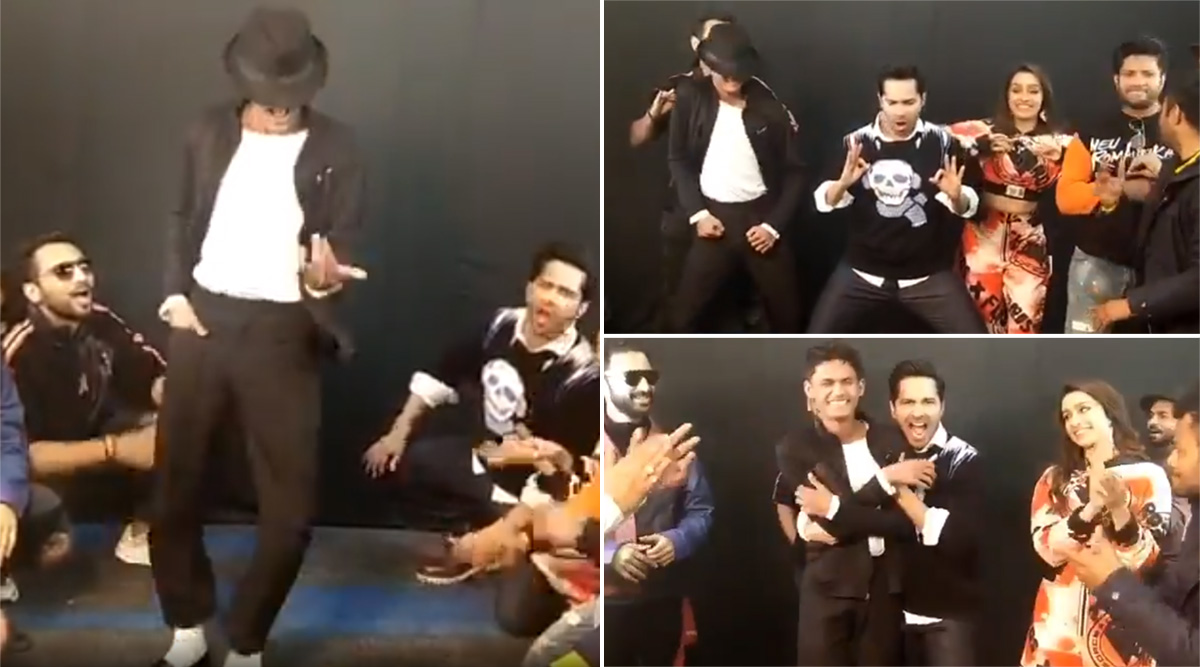 Fans of dancing are eagerly waiting for the upcoming film, Street Dancer 3D. Director Remo D'Souza has proved wit ABCD and its sequel that he knows the beats and rhythm of a dance-based film very well. The promotional spree for the film is on full throttle. The leading cast members, Shraddha Kapoor, Varun Dhawan and Nora Fatehi are promoting the film at various events, junkets, TV shows and on social media. Of course, there is a good hype on social media platforms about Street Dancer 3D. But, currently, the internet is also talking about another street dancer, whom we cannot get enough of. The viral TikTok dancer, Yuvraj Singh, who grooves as smoothly as Michael Jackson, is being noticed by the elites of Bollywood. Varun Dhawan And Shraddha Kapoor's Street Dancer 3D Gets U/A Certificate With A***hole Muted?

Earlier, Hrithik Roshan tweeted about him, appreciating him. Now, the team of Street Dancer 3D also seems to be stunned by the way Yuvraj moves and grooved. The young lad was invited for a quick dance session with the team. Varun Dhawan uploaded the video on his Twitter, captioning it, "The one they call baba Jackson."

The one they call baba Jackson. The real street dancer 2 days to go pic.twitter.com/135Mn5feVE

Check Out Hrithik Roshan's Tweet for the Dancing Stud Here:

Smoothest airwalker I have seen. Who is this man ? https://t.co/HojQdJowMD

This video from the Street Dancer team is certainly going to help Yuvraj in becoming a well-recognised dancer. We hope to see him do great things and become a well-established name in the industry. He is already on his way. Meanwhile, Street Dancer 3D will release in theatres on January 24, 2020.  Stay tuned to LatestLY for the review of the film.