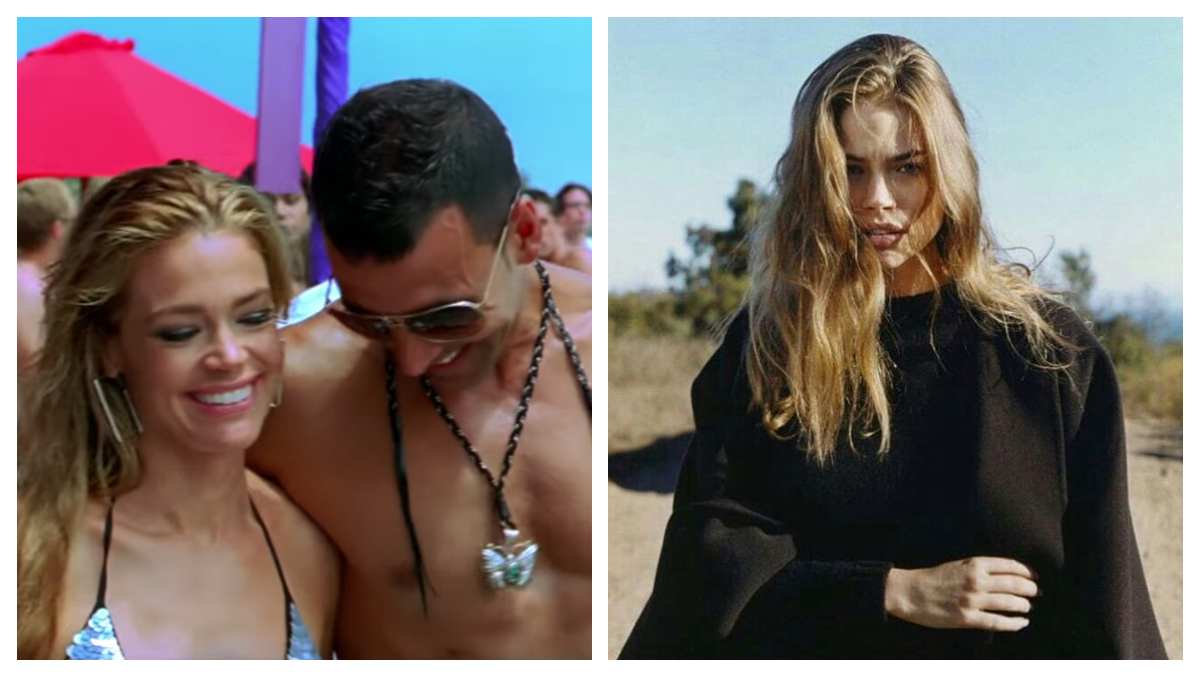 Denise Richards turns 49 today. Very happy birthday to the gorgeous actress. Remember the time when the actress guest-starred on Friends and had that weird effect on Ross, Chandler and Phoebe? She literally can have that effect on people in real life. There can be scientific research on that. We are serious. But more seriously, we are here to talk to Denise's fans about the one time she featured in a Bollywood movie. If you are a true blue Denise Richards fan, you know about it already. In case, you lived under a rock or something, welcome to the story that will make you search for the cringiest Bollywood movies ever made.

So, the year was 2009. The Hindi film industry was spreading its wings. 3 Idiots became the first movie to enter the Rs 200 crore club. Anurag Kashyap had arrived with Dev D. And then we hade Kambakht Ishq roping in top Hollywood stars for a cameo.

Kambakht Ishq featured Akshay Kumar and Kareena Kapoor playing the lead roles. Akshay played a Hollywood stuntman, with close ties to biggies like Sylvester Stallone. Kareena played a surgeon and a part-time supermodel, because...Bollywood. The movie was highly publicised, even before release, for featuring cameos from Arnold and Denise. They also got Brandon Routh.

When the movie opened in theatres, it was all pomp and no substance.

Denise played herself. In the fictional world of the movie, Akshay Kumar's character, the stuntman, gets married to Denise Richards. And when he is confronted by his true love, the doctor/model, at the altar, Denise allows him to go, sacrificing her love. Yes, Denise totes pulled off a Saajan in the film. Look, if you don't know what Kambakht Ishq is, you definitely don't know what a Saajan is. Go educate yourself about culture?

"Akshay was so down to earth and very genuine. He made me feel very comfortable, plus he's a good kisser! I can see why he's India's sexiest actor," Richards said in an interview.

Here is a video of Denise Richards being interviewed by Akshay Kumar:

Just in case you skipped the interview, Denise says that Akshay has gifted her three movies to watch. All his. We wonder which are those movies and if the actress actually watched it.

If you are wondering that can Kambakkht Ishq be actually that bad for us to diss it like this, allow us to paint a picture? The model slash surgeon accidentally leaves her bracelet inside the stuntman's stomach, after her first-ever surgery. The bracelet also timely plays Om Mangalam mantra, which the stuntman can hear and but cannot deduce where the sound is coming from.

All in all, Denise's first, and probably last ever, Bollywood appearance get as campy as it can. She definitely deserved a better Bollywood debut. A very happy birthday, Denise. Hope to see you in Bollywood again.