Irrfan Khan's 'Karwaan' has beaten the other two releases by earning Rs. 7.75 crore. 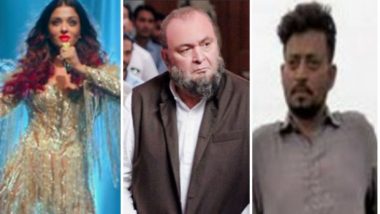 New Delhi, Aug 6: It seems none of the films that released last Friday - 'Fanney Khan', 'Mulk', 'Karwaan' - have succeeded in making an impression on the audiences. According to Box Office India, all the three releases are below the Rs. 10 crore mark for the weekend. Starring Aishwarya Rai Bachchan, Anil Kapoor and Rajkummar Rao, 'Fanney Khan' revolves around a father-daughter relationship besides issues like body shaming, and a common man's struggle.

On the other hand, Irrfan Khan's 'Karwaan' has beaten the other two releases by earning Rs. 7.75 crore. Also starring Mithila Palkar and Dulquer Salman, the flick is based on the life of three people from different walks of life who are thrown together on a bizarre journey of finding themselves.