Brooklyn Star Saoirse Ronan Regrets Missing Out on School Life, Says ‘I Was Home-Schooled but I Still Have Friends from Childhood’ 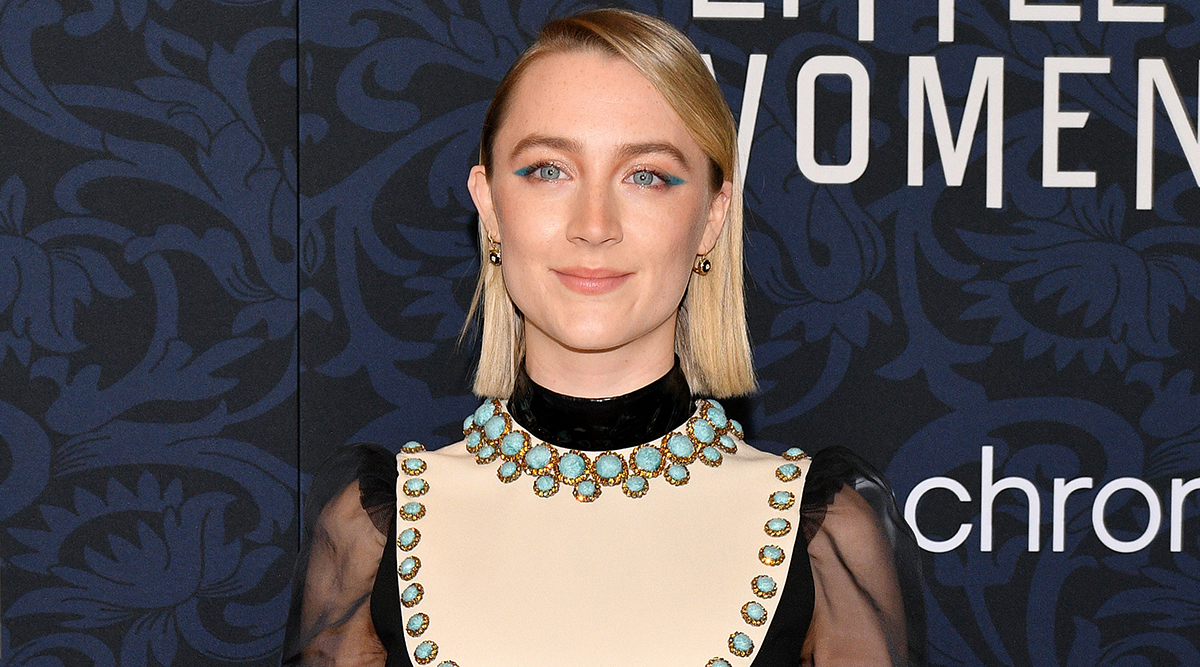 Actor Saoirse Ronan says starting out early in the showbiz, she missed out on the regular school life. Ronan made her debut with 2007 rom-com "I Could Never Be Your Woman" at the age of 13. With diverse and nuanced performances in films such as Atonement, The Lovely Bones, Brooklyn, Lady Bird and Mary Queen of Scots, she is regarded as one of the finest actors of her generation. "I was home-schooled, so not having a school life is probably the one thing. But I still have friends from my childhood," Ronan, now 25, told The Telegraph. Golden Globes 2020 Nominations: ‘The Irishman’, ‘Joker’, ‘Knives Out’ and Other Big Releases That Dominated the List.

Ronan said she quickly embraced the world of acting as both her parents - Monica and Paul - were part of the industry. "Acting was something that I just took to. I liked the whole chaos of it, but also somebody being in charge of what was going to happen, and saying, 'I need you to do this and this,' and me saying, 'OK, I'll do it'," she said. "I liked the discipline that came with that. And the fact that within that discipline you could be emotional and creative - I loved the dichotomy of that - the juxtaposition of those two things," she added. Julia Louis-Dreyfus Reveals Saturday Night Live Had a Sexist Work Environment During the Early ’80s.

For her turn as Jo March, an aspiring author in the American Civil War era, in Greta Gerwig's adaptation of Little Women, the actor received the best actress in a drama nomination, her fifth, at the upcoming Golden Globe Awards on Monday. She is also being considered a frontrunner in the best actress Oscar category. At the Academy Awards, Ronan has been nominated twice in the top segment for Brooklyn and Gerwig's Ladybird. She also received a best-supporting actress nod for Joe Wright's Atonement.