Charlize Theron Reacts to Furiosa Prequel, Says the News of Recasting Was a Tough One to Swallow

The makers of Mad Max: Fury Road are making a prequel to the movie that will revolve around Furiosa's character but Charlize Theron won't be a part of it. The hunt for a younger face is currently on. 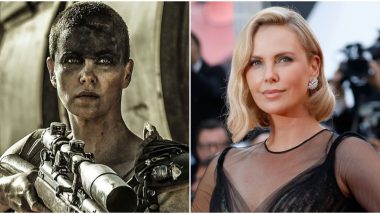 Charlize Theron holds her Furiosa character very close to her heart and considers it as a special opportunity. The actress shared the screen space with Tom Hardy in George Miller's post-apocalyptic world drama Mad Max: Fury Road, the prequel to which is now in making. However, considering it's not a sequel, the makers had to think about replacing Theron with a younger face and the actress reveals this news was really heart-breaking. Charlize who's now gearing up for the release of The Old Guard on Netflix revealed her excitement for the new actioner while also sharing her disappointment on losing out on Furiosa prequel.

When Theron in her conversation with The Hollywood Reporter was asked about her reaction to not being a part of the prequel, she simply said, "Yeah, it's a little heartbreaking, for sure. I really love that character, and I'm so grateful that I had a small part in creating her. She will forever be someone I think of and reflect on fondly." She further mentioned how the news of recasting was a tough one to swallow but she has no hard feelings and has all the best wishes for the Miller.

Charlize further revealed how actresses are constantly under pressure when it comes to their action movies and they seldom get a second chance after the failure of their first attempt. "A lot of women don't get a second chance, but when men make these movies and fail miserably, they get chance after chance after chance to go and explore that again. That doesn't necessarily happen for women," she elaborated in her same interaction. The Old Guard Trailer: Charlize Theron's Badass Avatar Will Remind you of Furiosa (Watch Video).

Meanwhile, the hunt for the new Furiosa is still on and the makers are looking for a very young face. All eyes on which lucky girl is able to bag this extraordinary project.

(The above story first appeared on LatestLY on Jul 07, 2020 10:09 PM IST. For more news and updates on politics, world, sports, entertainment and lifestyle, log on to our website latestly.com).