Eternals: Is Chloe Zhao’s Latest Marvel’s Worst? Here Are 5 Other MCU Films That We Think Are Worse

To be honest, it really doesn’t deserve that score. While sure it does have a lot of problems with how it dumps exposition and comes back to some of the tropes of the MCU, it in no way deserves to be reviewed this badly. Chloe Zhao still directs a beautiful film that really holds a solid story that just misses being great. 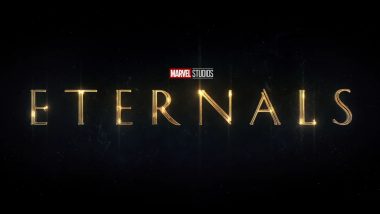 Eternals has been the talk of everyone’s mouth since the Rotten Tomatoes score for it dropped. At the time of writing this, it holds a 48% on the site making it MCU’s worst reviewed film since Thor: The Dark World, but does it really deserve that score? Eternals is surely divisive among the crowd. Critics seem to hate it while the general audience has been much more positive about it. Even on Cinemascore, this the first MCU film to receive a B in a long time. Eternals Movie Review: Chloe Zhao's Marvel Film Offers A Different MCU Experience, Until It Isn't! (LatestLY Exclusive).

To be honest, it really doesn’t deserve that score. While sure it does have a lot of problems with how it dumps exposition and comes back to some of the tropes of the MCU, it in no way deserves to be reviewed this badly. Chloe Zhao still directs a beautiful film that really holds a solid story that just misses being great. There are five other MCU films that I think deserve this kind of reception but are scored really high. So let’s take a look at five other MCU films that are worse than Eternals.

The Incredible Hulk is a really weird film. It has the best adaptation of Hulk for me, but the movie itself lacks any weight to it. With the inner struggle of Banner just being glossed over for a plot filled with action, this was a huge missed opportunity. The Incredible Hulk is perfectly serviceable as a fun popcorn time, but it just misses out on a lot with its plot.

Again, another serviceable film that I think is rated too highly. Ant-Man and the Wasp is hilarious, sure, but it is as deep as a puddle. A follow up to Avengers: Infinity War, this film just didn’t stick the landing. The high point of it was the post-credits scene that of course set up Ant-Man’s role in Avengers: Endgame, but the film just lacked any bit of meaningful storytelling to it.

Iron Man 2 was a disappointment after seeing just how good Iron Man was. The main problem of this film is that it sets up way too much and eventually loses track of its own story. Seeing Iron Man go up against Whiplash should have been fun, but it just feels like that it's regulated to the background.

Thor: The Dark World was, in a word, dull. Following Thor who is trying to cure Jane Foster from the Aether while fighting the Dark Elves should have been fun, but nope it just feels really dull. Malekith as a villain is just not great and is one of the dullest characters I have ever seen in a comic book film. Thankfully Thor: Ragnarok came and course corrected this franchise. Eternals: Marvel's Upcoming Movie Review-Bombed on IMDb With Low Scores For Its LGBTQ+ Scenes; Film Hasn't Even Released Yet!

If there ever was a Marvel film that felt the most like a studio film, then Black Widow is it. A film that should have been released somewhere around phase three, Black Widow just felt like a by the numbers action film. Sure it did build up on the Black Widow mythos, but there just isn’t enough here and it feels similar to so many other comic book films that came before it.

Eternals surely doesn’t deserve the hate in my opinion. At the end of the day, it is still a good film that is a shy away from touching greatness. Chloe Zhao and team definitely deserve an applause for trying something new, and hopefully over the years the reception for Eternals changes. Eternals is playing right now in cinemas.

(The above story first appeared on LatestLY on Nov 07, 2021 12:35 PM IST. For more news and updates on politics, world, sports, entertainment and lifestyle, log on to our website latestly.com).