Idris Elba earlier played the prime antagonist in Hobbs & Shaw and is expected to return in the sequel with Dwayne Johnson and Jason Statham. 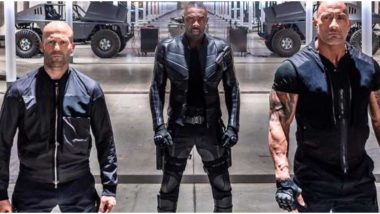 Dwayne Johnson and Jason Statham's Hobbs & Shaw sequel is confirmed to be in the making and we may have an interesting update on same. The Fast &b Furious spin-off enjoyed a great run at the box office though critics (as always) weren't in favour of its gravity-defying stunts. Nonetheless, its success compelled the makers to think about a possible sequel and if all goes well, Idris Elba may join the hunks for this part two.

As per a report in We Got This Covered, the makers have a certain plan of getting Elba back but this time it would be with a twist. Apparently, the actor who played the prime antagonist, Brixton, in part one would switch sides and team up with Johnson and Statham in the sequel. Yes, so it would be like a triple treat for moviegoers and Elba fans in particular. Though an official confirmation on the same is awaited, the idea sounds damn promising and we hope it works out.

Idris Elba meanwhile is recuperating after being tested positive for COVID-19. The actor was second in Hollywood, after Tom Hanks to have tested positive for coronavirus and he confirmed the same via his tweet. He's currently observing self-isolation and waiting for his negative test results.

(The above story first appeared on LatestLY on Apr 03, 2020 09:52 AM IST. For more news and updates on politics, world, sports, entertainment and lifestyle, log on to our website latestly.com).