James Wan Birthday: 6 Horror Movies By the Director That Should Be On Everyone's Must-Watch List 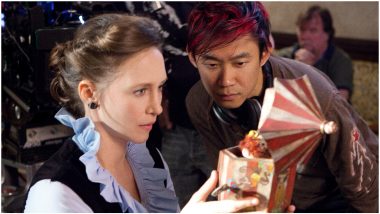 Once in a while comes visionary filmmaker who breaks the rut and redefines the horror genre, much to the relief of fans of horror. Before we were going gaga over Jordan Peele's Us and Get Out, it was James Wan who stunned the world with his work. He made his big debut with a rather small-budgeted psychological horror film, Saw, which eventually spawned into one of the biggest horror-film franchise. The filmmaker's work impressed Hollywood so much that he was assigned box-office mammoths like Furious 7 and Aquaman to direct. While these movies changed the game for him, one can never forget the roots. James Wan Says He is Going Back to 'indie Roots' with Next Film.

So, on James Wan's 43rd birthday today, let us revisit the jaw-dropping and fun horror movies that made us fall in love with him in the first place. ‘F**king Disgrace’: Aquaman Director James Wan Hits Back at Oscars for Snubbing His Film from Visual Effects Category.

James Wan is directing another horror film, Malignant, which will come out in August this year. He is also producing the third Conjuring movie, The Conjuring: The Devil Made Me Do It, set to come out in September 2020. He is also producing the slasher-film There's Someone Inside Your House for Patrick Brice, and the release date is yet to be announced. Last but not the least, James also serves as executive producer for Spiral, a spin-off/reboot of the Saw films, with a story by Chris Rock.

(The above story first appeared on LatestLY on Feb 26, 2020 03:49 PM IST. For more news and updates on politics, world, sports, entertainment and lifestyle, log on to our website latestly.com).