Keeping Up With the Kardashians: Kim Kardashian Says Her Final Goodbyes to the Show With an Emotional Toast

While Keeping Up With The Kardashians might be over, The family has already struck a deal with Disney for a new multiyear show. 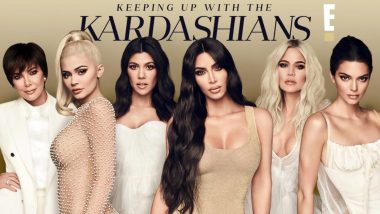 Keeping Up With the Kardashians has been one of the most entertaining shows that has kept many Kardashian and Jenner fans hooked to it for the last 15 years. But with many things coming to an end in 2020, Kim Kardashian and family decided to say goodbye to their reality show as well. Kris Jenner, Kim, Khloe Kardashian, Kourtney Kardashian, Kendall Jenner and Kylie Jenner decided it was time to move on from the show after being tired from having a camera all over their life every time. Now, as the family shot for the last episode of the show, Kim got emotional and raised a toast to this crazy journey they have had. Keeping Up With the Kardashians Is Ending Because of Kim Kardashian and Kylie Jenner.

"We just finished filming forever, like ever, ever. We're done, we're never filming again—isn't that so crazy," said Kim in a video after wrapping up the shoot. The family had an elaborate lunch planned for the day where Kim raised a toast and said, "Cheers to—I don't know. 15 years; 20 seasons of craziness and lots of love." She also posted a few pictures of her social media account indicating how emotional everyone has been since the wrap-up. Khloe also gave a sneak peek into the lunch that the team of KUWTK had.

The Kar-Jenners had broken the news of the end of KUWTK back in 2020. The family confirmed that season 20 would be their last, explaining in part, "We've decided as a family to end this very special journey. We are beyond grateful to all of you who've watched us for all of these years—through the good times, the bad times, the happiness, the tears, and the many relationships and children. We'll forever cherish the wonderful memories and countless people we've met along the way." Keeping Up With The Kardashians to End After 14 Years: Kim Kardashian Makes this Shocking Announcement.

While Keeping Up With The Kardashians might be over, The family has already struck a deal with Disney for a new multiyear show. Disney-owned Hulu on Thursday announced that it has signed a deal with the sisters and they are indeed coming back on TV soon. Under the deal, the women will be creating new content for Hulu but no confirmation of them appearing on screen was given. The details of the programming have also been kept under wraps.

(The above story first appeared on LatestLY on Jan 09, 2021 09:06 AM IST. For more news and updates on politics, world, sports, entertainment and lifestyle, log on to our website latestly.com).