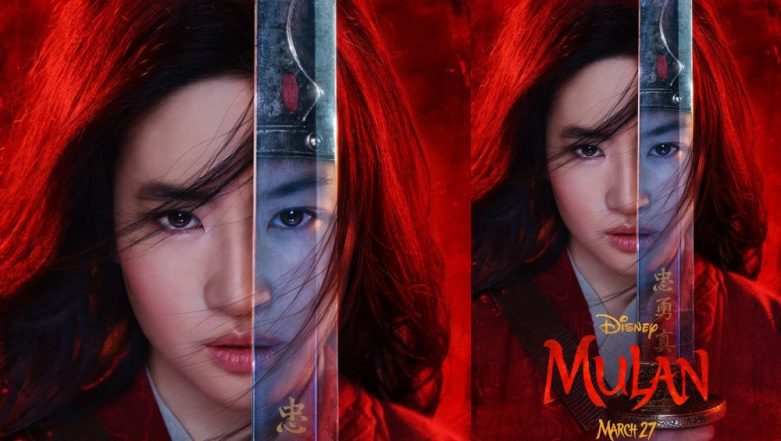 The first look of Mulan live-action remake has been dropped by Disney and we are so loving it! Well, considering how it is one of Disney's best-animated feature films, we cannot wait to see how the live-action pans out. The studio released the first poster as well as the first teaser of the film too and it is everything spectacular one could have imagined. Disney's Mulan Live-Action Film Becomes The Studio's Highest Budgeted Movie!

Right from the snow-capped mountains where Mulan has a showdown with the Huns and Shan Yu to the time she has been decked up with immense powder to be the ideal bride for someone, the teaser shows it all! Well, almost everything. They did miss the famous puny dragon, Mushu and Cri-Kee but we don't mind waiting for the trailer to do the deed. With a rather austere tone to the teaser, even the poster is super badass. Mulan, played by Liu Yifei, is seen holding her famed sword while wearing a red kimono while the blade of the sword shows her as her male alter-ego, Ping. It's a beautiful poster if you ask us. Mulan Teaser: The Live-Action Remake Looks So Cool That We’re Counting Down the 264 Days to Its Release

Check it out below.

Directed by Niki Caro, the film stars Liu Yifei, Donnie Yen, Yoson An, Gong Li and Jet Lee in pivotal roles. So far they have not revealed who will voice the character of Mushu, who was previously voiced by Eddie Murphy in the 1998 film. We are super excited to find that out. Well, as our writer said, we got 264 days to its release, March 27, 2020, to be precise, to go. Yes, we are ready to wait!