New Posters Of Leonardo DiCaprio As Aging Movie Star Rick Dalton In Once Upon A Time in Hollywood Has A Veteran Vibe - View Pics! 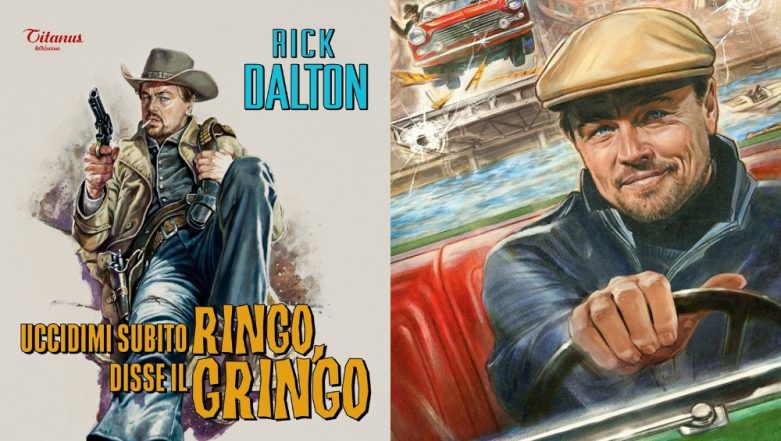 Brand new posters of Leonardo DiCaprio as Rick Dalton from the upcoming film Once Upon A Time in Hollywood have been released! Ahead of its official screening at the Cannes Film Festival, the makers found it ideal to release looks of actors from the film with a view to promoting the same.

The posters have been designed in a very vintage way as the vibe is basically a sketch work. The official Twitter handle of the film shared the same with a caption, "Straight from Italy comes “Kill Me Now Ringo, Said The Gringo,” now showing in a multiplex near you." Another poster has Leo driving a vintage car with a smirk on his face as the tweet goes, "Witness Rick Dalton and Margaret Lee together in Columbia-Euro’s latest motion picture, “Operazione Dyn-o-mite!”." Check them out below!

Straight from Italy comes “Kill Me Now Ringo, Said The Gringo,” now showing in a multiplex near you. pic.twitter.com/8DDxcgJvuw

On the posters, you can also see Italian translations of the titles which are literally stating what the tweet adds about the film. For the uninitiated, Once Upon a Time in Hollywood will bee premiering at Cannes this year. What makes it extra significant for director Quentin Tarantino is the fact that 25 years ago, Pulp Fiction won the Palme d'Or. “We were afraid the film would not be ready, as it wouldn’t be released until late July, but Quentin Tarantino, who has not left the editing room in four months, is a real, loyal and punctual child of Cannes,” Cannes executive Thierry Frémaux said in a statement as he expressed why the film was added late in the category.

Frémaux further added, “His film is a love letter to the Hollywood of his childhood, a rock music tour of 1969, and an ode to cinema as a whole. In addition to thanking Quentin and his crew for spending days and nights in the editing room, the festival wants to give special thanks to the teams at Sony Pictures, who made all of this possible.”

Once Upon A Time in Hollywood stars Leonardo DiCaprio, Brad Pitt, Margot Robbie, Al Pacino, Dakota Fanning, Damian Lewis, Bruce Dern, Scoot McNairy, and Luke Perry in pivotal roles. The film is set to release on July 26 and is being distributed by Sony.